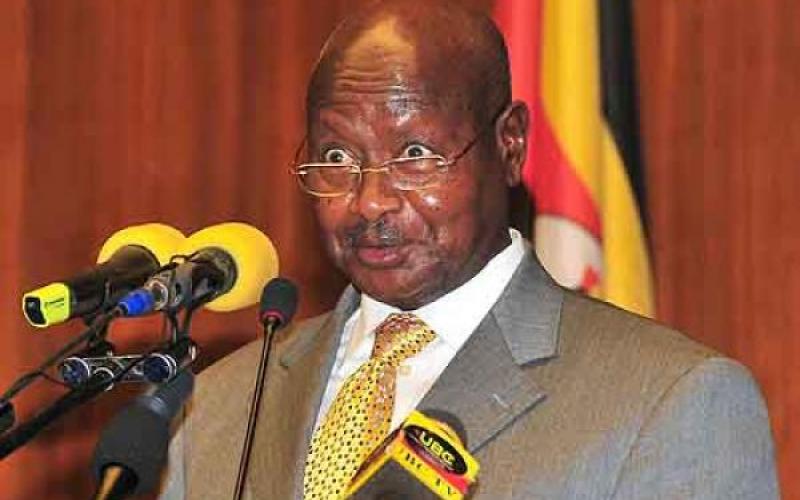 After long-time President Yoweri Museveni emerged winner of the disputed presidential election for a sixth term in office, there are now calls for his country to be sanctioned.

This comes after a member of the United Kingdom House of Commons, Dr Paul Williams, begged the international communities and organisations to suspend financial aid to Uganda.

Williams in a statement on Sunday called on the UK, US and European Union to sanction some government officials in the country for their roles in Thursday’s general elections.

The Uganda’s Electoral Commission had on Saturday declared long-time President Yoweri Museveni, winner of the disputed presidential election for a sixth term in office.

According to the results, Museveni, 76, secured 58.64 per cent of the total votes to beat his main challenger, Bobi Wine, who trailed with 35 per cent.

“Internet shutdown on government orders from day before the election until now. Evidence of stuffed ballot boxes in Gulu, Kitgum, Tororo. Returning officers found with pre-ticked declaration forms in Kawempe.

At least one polling agent/observer from the National Unity Platforom shot dead for refusing to hand over data collected in Tororo. Possibility of another in Kampala (Kibuye). Arrests of observers trying to verify polls in other locations. International observers denied accreditation to observe the elections.

“Electoral commission has declared Museveni winner with 59%, Wine 35%, others 6%. NUP believes the Electoral Commission is biased and that results have been fabricated. Wine says he has evidence of wrongdoing, but has been placed under house arrest and Internet still shut down: ‘I will be happy to share the videos of all the fraud and irregularities as soon as the internet is restored.’

“USA embassy pulled out its observers as they were denied accreditation by the Government of Uganda. Ambassador Natalie Brown said: ‘With only 15 accreditations approved, it is not possible for the United States to meaningfully observe the conduct of Uganda’s elections at polling sites across the country’.

“Strong statement from State Department last night says elections conducted in ‘climate of intimidation and fear’. The European Union issued a similar statement saying that its observers were not going to observe the 2021 elections

“The Inter Governmental Authority on Development (IGAD) were invited by the Uganda Electoral Commission to observe elections in Kampala, Mukono District, Wakiso District, Luwero and Mpigi districts. No comments from them post-election. Museveni’s spokesman has said African Union and East African Community would send observers – no comments from them.

“Requests by Bobi Wine supporters from international partners; statement that this was not a free or fair election. Call for withdrawal of the army from Bobi Wine’s home. Call on Ugandan government to open up communication systems. Provide safe passage for Bobi Wine’s wife, Barbie, if/when requested. Call on Ugandan government to release all Ugandans who are in prison for supporting opposition candidates. The UK/USA/EU to suspend aid to Uganda and magnitsky sanctions on regime members.”

Wine on Sunday said the military had taken over his house in the last four days, placing him and his wife under house arrest

In his first tweet since Friday, the singer noted that they had run out of food supply and that his wife was assaulted by the military as she went outside to pick vegetables at the garden.

“It’s now four days since the military surrounded our home and placed my wife and I under house arrest. We have run out of food supplies and when my wife tried to pick food from the garden yesterday, she was blocked and assaulted by the soldiers staged in our compound. (ADMIN),” he tweeted.

“Everyone including media and my party officials are restricted from accessing me. @ZaakeFrancis was arrested outside my gate as he made his way to my house, he was badly beaten by soldiers. He is now in Rubaga hospital. (ADMIN).”

'Carry Your Money, I No Dey Do' – Suspected Money Ritualist...

Suspected Ritualists Caught With Corpses Of 2 Girls In A Coffin...