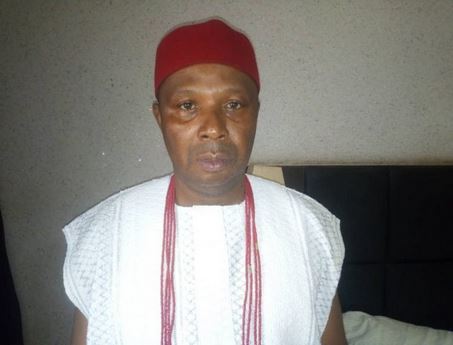 Igwe Austin Ozoemenam Nwankwo, the traditional ruler of Isiagu community in Awka South Local Government Area of Anambra State, has filed a case against  one of his subjects, Chief Ben Ifeatu, for refusing to recognize him as the Igwe.

Nwankwo wants the court to compel Chief Ifeatu, a claimant to the stool of the community, to begin to address him properly as ‘Igwe’.

On Wednesday, January 20, the monarch told the court that Chief Ifeatu had insisted on addressing him as Chief Austin Nwankwo.

“Chief Ifeatu had continued to address me as Chief Austin Nwankwo, when he is aware I am his traditional ruler. When he started contending my position as traditional ruler of Isiagu ancient kingdom, I tendered my certificate of recognition in the court.


Government of Anambra State gave me certificate as traditional ruler of Isiagu; I am also the chairman of Awka South Traditional Rulers Council. When I tendered the certificate in the High Court, none of Chief Ifeatu and his counsel, N.O Nwadinobi, raised objection; yet, he had continued to address me as mere chief,” Igwe Nwankwo said.

Ifeatu in response told the court: “I will not recognize him as my traditional ruler. Only him knows how and where he got the certificate of recognition. So, it behooves on him to prove to the court that he is the authentic traditional ruler.”

Plaintiff counsel told the court Nwankwo got his certificate of recognition from the state government.

However, defence counsel countered that the traditional stool of the community was still subject to contention at the State High Court, Awka. 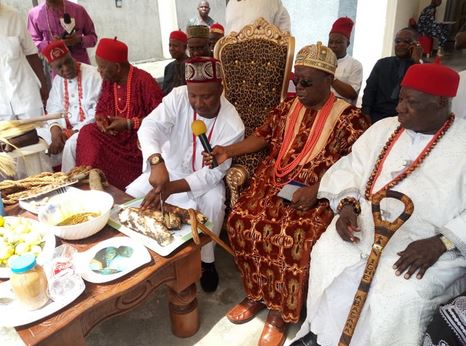 In her ruling, the Chief Magistrate, Mrs O.N Ike, told counsel to the plaintiff to apply officially in written address, so that the court will study the application and act accordingly.

“Let the truth be told, since he has tendered his certificate in court, which is deemed to have been issued by the state, it is proper to address him as Igwe; until it is proved otherwise by the court.”

The matter was adjourned till March 17, for continuation.

It was gathered that Chief Ifeatu, had in 2020, petitioned the Anambra State Police Command, claiming that Certificate of Recognition paraded by Igwe Nwankwo was forged; a development that led to the arrest of Igwe Nwankwo for alleged forgery and false claim.

But when the matter came up at the Magistrate Court III in Awka, on Wednesday, August 19, 2020; the Investigation Police Officer, Mr. Madu Bukar, told the court that from Police findings, Certificate of Recognition paraded by Igwe Nwankwo was authentic.

Fresh #EndSARS protests: Any Act Of Hooliganism Will Be Dealt With

How SARS Operatives Are Fighting Bandits, Terrorists In Borno, Yobe, Others...