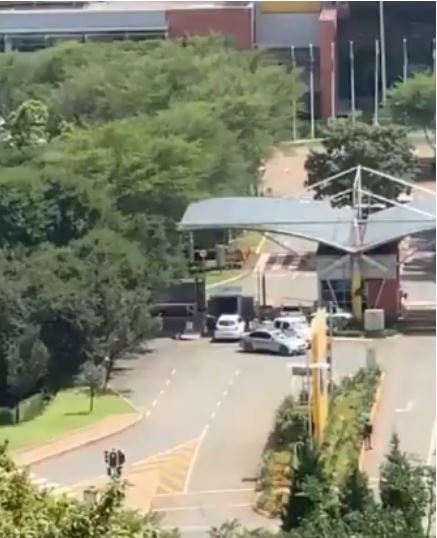 A video has emerged online showing the startling moment some robbers were seen in action.

The viral video captured the moment the robbers were caught on camera robbing a courier vehicle in West Rand, South Africa.

The robbers were seen in the video, taking out items from the courier vehicle which they transferred into their own cars.

They also made a brief stop to pick up their gang members who kept watch while the robbery went on.

“You Are Acting Crazy” – Son Tells Mom As She Kicks...