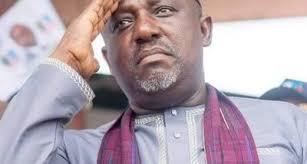 The Governor of Imo state, Hope Uzodinma has been accused of paying N1 billion to ensure that Senator Rochas Okorocha is recalled from the senate.

The Senator representing Imo West, Rochas Okorocha, made the claim in a statement issued by his Spokesperson, Sam Onwuemeodo, in Owerri on Wednesday.

He said members of the group, Orlu Political Consecutive Assembly, were behind the recall move.

Okorocha, a former governor of the state, accused his successor, Hope Uzodinma, of giving the Orlu group N1bn for his recall, adding that the governor should have used the said money to offset arrears of salaries and pensions in the state.

The senator also said that his political relevance could not be watered down by the state government officials no matter how hard they tried.

The statement partly read, “A group known as Orlu Political Consultative Assembly, OPOCA, has told its audience that it was going to recall the Senator, Representing Imo West Senatorial District, Owelle Rochas Okorocha from the Senate and for whatever is their reason.

“We would have ignored the “adult delinquents”, but for those who might not know the history or story of the elements behind OPOCA, we have decided to react accordingly.

“Those behind OPOCA are Political undertakers who glory in absurdities, simply to enlarge their coast or make their leaking pockets fat. And not just for any meaningful venture, but for leisure and pleasure.

“For those who do not know the group, the characters in OPOCA were the same people who carried the mock coffin of Chief Arthur Nzeribe when he was in the Senate and they did that to please Chief Achike Udenwa, who was governor then.


“They were also the same group that confined Chief Achike Udenwa to their Hall of shame. They did that to please Chief Ikedi Ohakim who was governor then.

“In 2015, the same group wrote petition to the Inspector General of Police against Chief Hope Uzodinma alleging assault. They did that to please Rochas Okorocha who was governor then and they had done that, thinking that Okorocha would make them commissioners. But Okorocha was not interested in the group using him to fight anybody. He rather appointed two of them Special Advisers.

“Chief Samfo Nwankwo, may his soul rest in peace, had died, but Chief Anunobi, out of anger, decided to join forces with those who had gathered against Okorocha. And that was how he declared to run for the position of the National Publicity Secretary of the APC at the last Convention of the party against Barr. Emma Ibediro who had the backing of Okorocha.

“Today, he is commissioner in Uzodinma’s government and unlike Owelle Okorocha, governor Uzodinma has found the remaining members of the group willing tools to continue to prosecute his war of attrition against Okorocha.

“We have heard that they have been given N1 billion for the recall gimmick. Our only advice is that the governor should use the money to help in paying workers, teachers, pensioners and so on, who have not been paid for several months and there is no sign all the end of the tunnel.

“It is our candid position that the government should not drag traditional rulers into messy political outings. Under governor Uzodinma, the Nigeria Union of Journalists, Christian Association of Nigeria, Pensioners Association, Nigeria Union of Teachers, Nigeria Labour Congress, have all been destroyed. Now, the traditional institution. All these do not speak well of the administration.”

Nwamkpa, said that the governor was committed to developing the state, saying, “Okorocha should stop provoking Imo people. The governor is very busy with issues of governance and it is important Okorocha deals his recall ordeal without mentioning our hard working governor.”

‘After Tomorrow I Can Be Doing That Thing Everyday’