A Nigerian lady has told the story of how she was punished by a man she met on Twitter.

The lady revealed that she had to trek from Ikeja to Mile 12 after a man she met on Twitter refused to give her transport fare back home.

She said she was broke at the time and made him know it but he invited her anyway  and promised to pay her transport fare.

However, when she got there and he tried to touch her, she declined. This angered him and he refused to give her the fare as promised.

She had no choice but to trek home as she had no money with her. 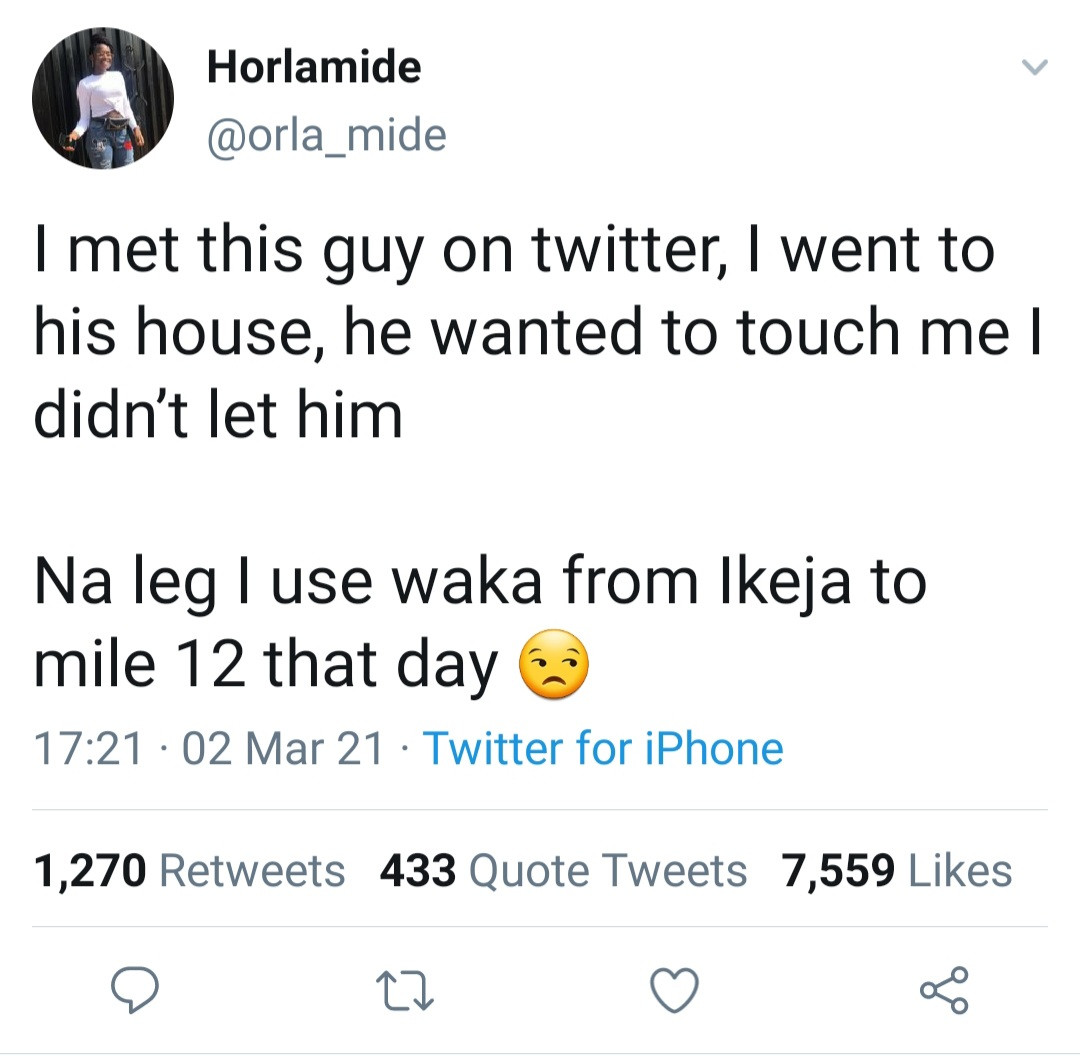 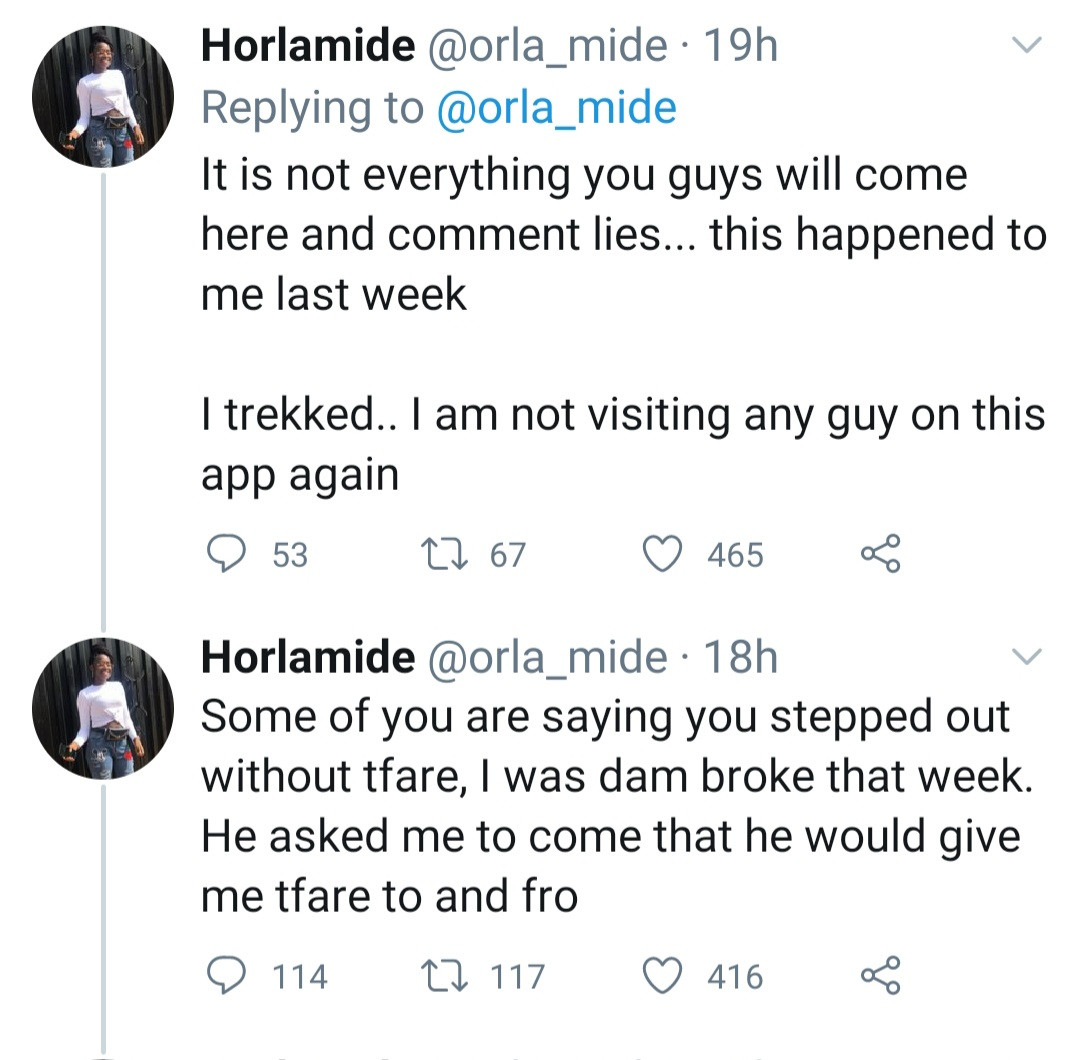 Those Killed In Zarbamari Were Boko Haram Informants, Not Farmers –...