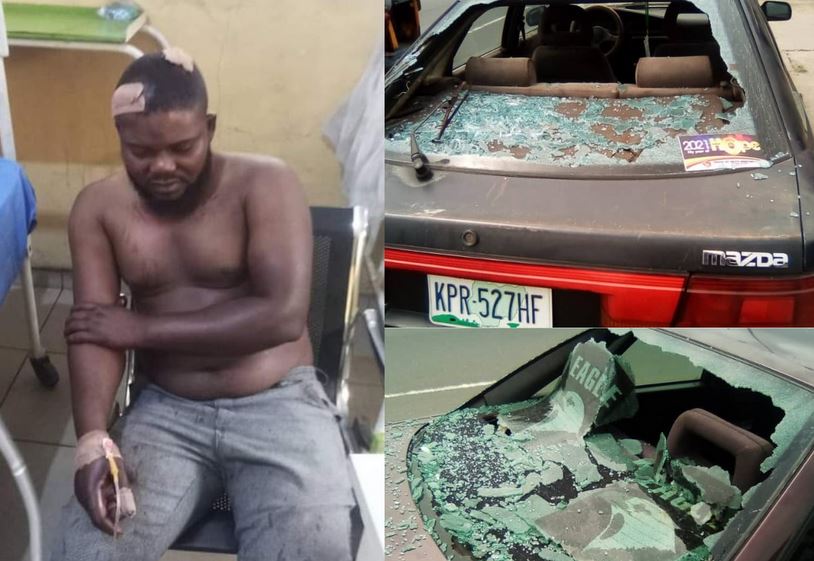 Tension As Youths Clash With Rivers Taskforce In Port Harcourt

There was tension as youths of Nkpogu community within Trans-Amadi Layout in Port Harcourt City Local Government Area clashed with the Rivers State Taskforce on illegal street trading and motor park leading to casualties and damages.

Over 12 youths in the community have been arrested by the police, cars parked along the road and some properties were vandalized.

Some residents who spoke on the incident, narrated how members of the taskforce first stormed the market, destroyed goods and other properties, before invading the junction where they chased tricycle riders.

One of the community youths identified as Azundah, expressed concern that, “this is not the type of agency to be introduced by the government we voted for. We therefore, call for an end to Taskforce for the interest of the safety of the lives and properties of Rivers People.”

But reacting to the allegations, the Cordinator of the Taskforce, Felix Nwadibeyi said that, “Nkpogu community youths first attacked my team before I called for reenforcement from other teams and security to rescue those that were held hostage.”