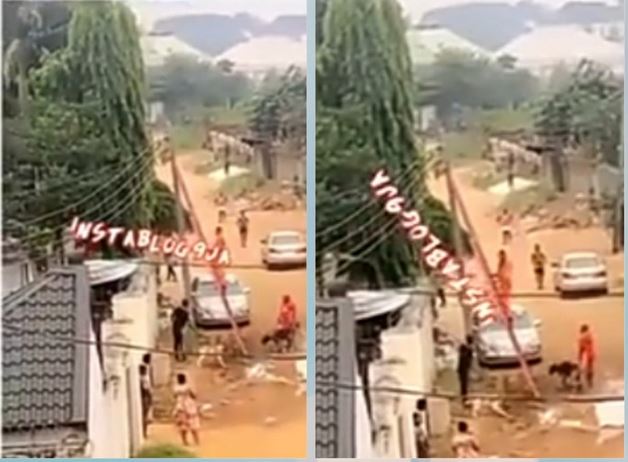 A man stunned people recently when he decided to do something drastic to stop his electricity from being disconnected.

Local reports show that the incident happened in Owerri, the capital of Imo State.

Electricity officials had come over to the man’s home to disconnect his power when the man decided to unleash dogs on them to make them go away.

The electricity officials eventually had to come down from their ladder after being threatened.

“Don’t Embarrass Yourself By Turning Round To Turn Down The National...

Survival Fund: How We Are Putting Money In The Hands Of...