The incident which happened around 3:00pm at Aga 1, Okpuno Nnewichi near African Garden, Nnewi took the family members by surprise. 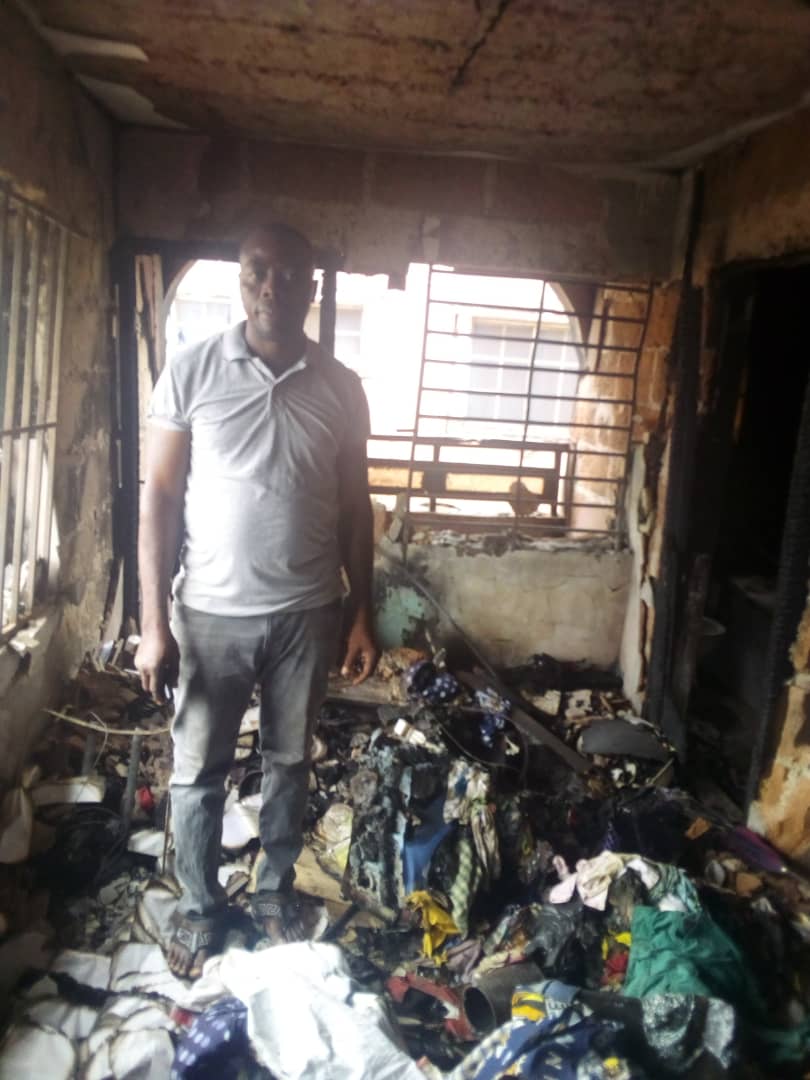 According to a report by Sun News, a family of five in Nnewi, Anambra State has narrowly escaped tragic death.

Mr and Mrs Chidiebere Vitalis Nwachukwu and their three children escaped being burnt to death by a mystery fire that broke out in their 3-bedroom apartment.

The incident which happened around 3:00pm at Aga 1, Okpuno Nnewichi near African Garden, Nnewi took the family members by surprise when Mr Nwachukwu was at market leaving his wife and his three children aged six, three and one at the apartment.

“I wasn’t home when the fire started. That was on Saturday. I got a distress  call from my wife that our apartment was on fire. I rushed home immediately to behold my bedroom in high flames which were advancing to other sections of the apartment. I moved to the kitchen to remove the gas cylinder.


”I struggled to rescue my children who were in the apartment when the fire started including my one-year old baby who my wife said just left the bedroom twenty minutes before the fire was noticed. Our neighbours joined us to put out the raging fire which continued to rise rapidly. I called the fire fighters but they did not respond. I called water tanker drivers, they said they had no water. In that confusion we added detergents to water to apply until the fire subsided, ” Nwachukwu narrated.

He, however, said that before the fire was stopped it had already consumed all his vital documents, clothing and other living property with a great damage to the apartment. He said no life was lost.

“If I Were Trump, I’d Hold Nigerians Responsible For My Defeat”...

Nigeria Is On Life Support