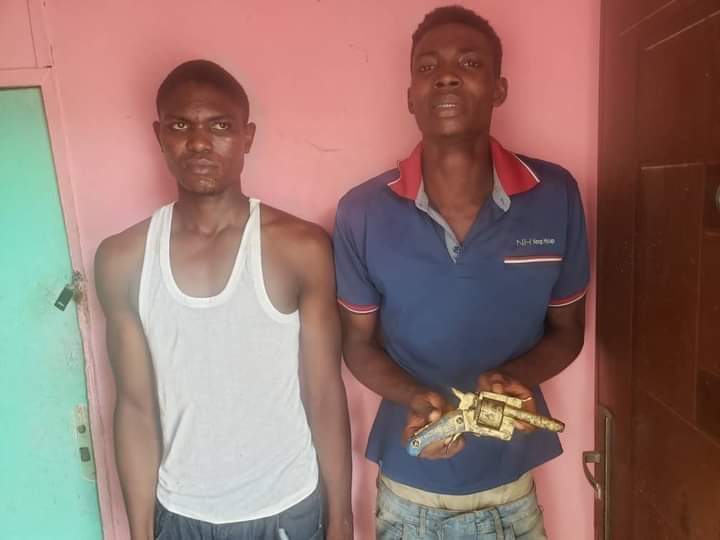 A revolver has been recovered from two cultists after their arrest in Bayelsa state.

The two suspects who are students of the Niger Delta University, Wilberforce Island, Amassoma, were also accused of unlawful possession of a Pistol, by the police.

In a statement, signed and sent to DAILY POST, by the Police Public Relations Officer Bayelsa State Command, SP Asinim Butswat, the suspects confessed to membership of Vikings Confraternity.

The statement also said they will be charged to court at the conclusion of investigations.