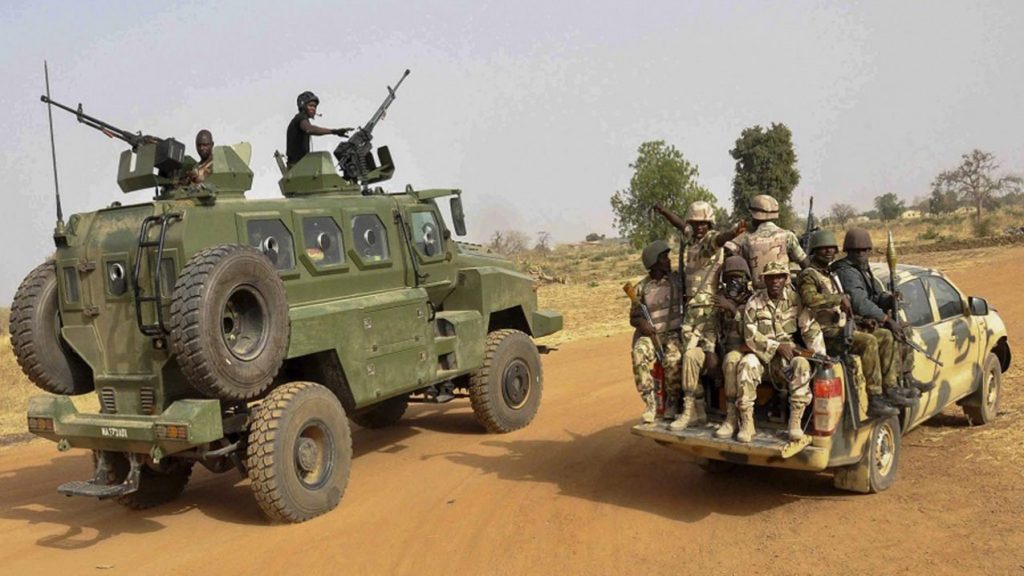 A shootout between Nigerian soldiers and bandits has resulted in the death of three soldiers.

It was gathered that the incident happened in Kabasa village of Magami District in Gusau local government area of Zamfara State.

Residents told Daily Trust that armed men arrived at the community on motorcycles on Tuesday, firing at people.

A resident said apart from the soldiers, seven other persons were killed in the incident.

“The whole community was thrown into pandemonium as several other residents trying to escape the attack were injured. Seven people were confirmed dead in the attack,” a resident identified Saminu Usman told Daily Trust.

Governor Bello Muhammad Matawalle through the commissioner of information Alhaji Ibrahim Dosara, said he received with shock the report of an attack by some “recalcitrant bandits” who unleashed mayhem on innocent people in Kabasa village of Magami district in Gusau local government area of the state.

Dosara said the Executive Governor is saddened and disturbed by the sad event that led to loss of lives in the village and strongly condemned it.

The Governor also extended his heartfelt condolences to the families of the victims and prayed God to grant the souls of the departed, eternal rest.

However, attempts to get the reaction of the army failed as the spokesman of Operation Hadarin Daji in the state, Captain Ibrahim Yahaya, did not return several calls by our correspondent at the time of filing this report.

Nigerian Woman Who Killed Her Own Baby And Threw The Corpse...