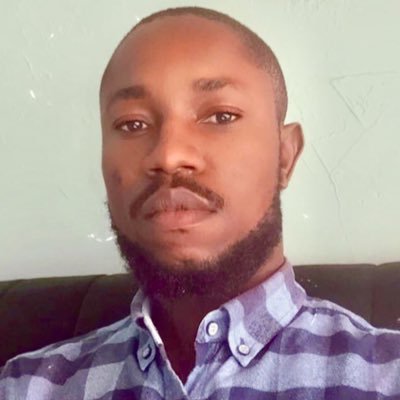 The man cursed his girlfriend for her acts

A completely heartbroken Nigerian man has taken to Twitter to lay curses on the woman he used to date.

He cursed the young lady, called Esther, with whom he was having a long-distance relationship, after finding out she has been dating another man all along.

The man with the Twitter handle @JustKingss said he lives in Lagos while the girl resides in Delta state. According to him, they met at a wedding in Delta and after a while began dating.

After investing emotionally and financially into their long-distance relationship, he recently discovered that she had been dating someone else for over four years and was residing with him.

Left heartbroken, he took to his Twitter handle to lay curses on her.

”I don commot my hand for anything long distance relationship. Let me cry first, I will gist you guys later.


We met sometime late last year at a wedding event in Delta, exchanged contact but started talking early last month, she’s 24y/o, very beautiful ( kind of woman I like tho) base in Delta, I base in Lagos.


She told me she lives with her eldest sister which is married with 2 kids. Sometimes her Sister’s husband usually disturb her for sex when her sister is not around but she insisted that she can’t do such thing to her sister, that’s why she really need to get her own accommodation in order to escape such temptation.


I became so emotional why a married man will disturbed an innocent girl for sex (maybe it’s true that some men are trash) then I asked her how much is an accommodation over there where she can manage since she’s still searching for a job with an intention to possibly contribute for her to secure the accommodation. She replied; “a self contained is about 200-300k per year over here”.


We usually video chat ourselves mostly from 8am-7pm, we don’t talk at night because she said her sister is against night calls because of noise bla bla bla…..that I should understand it, ( being a 21st century fool, madly in love i stupidly believe her) which she further convince me that once she got her own house we can talk at anytime i want. Although sometimes I insisted we talk a bit at night but she won’t allow it, if i get angry at some point, she’ll go and hid in a toilet for a 10-15secs Video call to calm me down. Things were going very well, I was very happy that God has finally answered my “God When ?” Questions.


Last week she told me that they called her for a job interview at one of the places she submitted her CV in Lagos (I was very happy that finally I will get to meet this girl again and this time will be in Lagos) then she added with a very low tone; I really don’t know how to do it” Don’t know how to do what? “I asked”; she continues… that at the moment, she doesn’t have any money to pay for her tfare (To & Fro) to Lagos and she will love to do her hair, nails and buy new clothes but she doesn’t have money.


I asked her how much will that be, she said; 40k and base on that she want to travel by road. I sent her 50k which she was really happy, I was also happy because I will get to meet her again, maybe possibly spend some days with me before going back to Delta.


Thursday this week was her birthday, which I uploaded her picture on my WhatsApp status to wish her happy birthday with some romantic words. Although her number all through the day wasn’t going through even on WhatsApp calls. I was wondering what could have happen to her and I became very worried. Later in the evening a friend of mine whom we went to Delta together for the same wedding last year where I met her, send me a WhatsApp message when he saw the girls picture on my status, he asked; bro do you know this girl? I replied” yes bro I know her very well, went on to tell him that we met on that very day we traveled to Delta together. I asked him too; do you know her? “He replied; yes that a friend to his friend is dating the girl and that they are into a very serious relationship that possibly will lead to marriage,


That they have dated for 4yrs, and that they live together for more than 2yrs now. In fact he send the girl and her boyfriend pictures to me for more proves. That he once liked the girl.


At that point I couldn’t believe my eyes and what I heard, the guy further added that I should forward those pictures to her and ask her who’s the guy. I did as instructed; she didn’t reply nor pick my calls till night when I saw a message from her saying; “I’m sorry”.


Sorry for what? “I asked her; she replied; for everything but I can explain. (*Sorry I would have posted our WhatsApp chat but I deleted her contact out of anger*) Explain what? I asked again” do you live with a man or not?


Are you into a very serious relationship with someone? She replied; it’s a long story that she likes me and that she doesn’t like the guy anymore bla bla bla… later that night she blocked me on all platforms. her name is Esther.


Esther it shall not be well with you.”

Those Calling for my Arrest Are Clowns