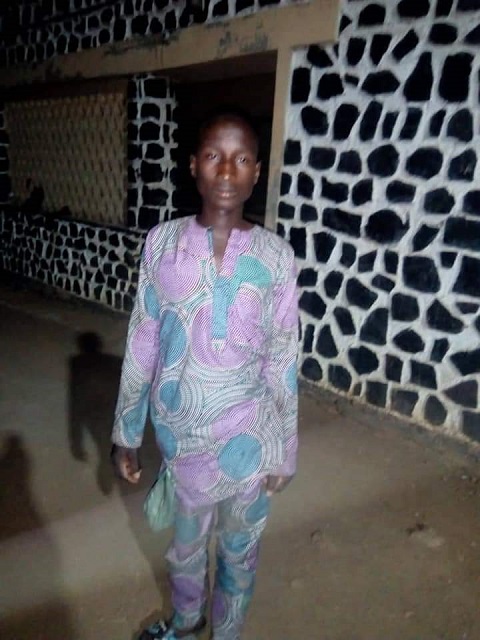 A Fulani herdsman has been apprehended after attacking the home of the mother of Yoruba activist, Sunday Igboho.

Two others escaped, leaving behind one of them who was apprehended.

The information was made public by former Minister of Aviation, Femi Fani-Kayode on Facebook.

Sharing the news, he wrote:

I just spoke to Sunday Igboho and he told me that three foreign Fulani terrorists were apprehended in his mother’s home in Igboho, Oyo state this evening.

Their mission was to harm Mama. Two of them escaped whilst the other is with the police (see below). Those that sent them are playing with fire!

First of all they burnt down Sunday’s house in Ibadan. Secondly a soldier and a fake soldier were caught spying on his Ibadan home. Thirdly two terrorists are caught sneaking into his mothers home with a clear intention to harm her.

This is a man whose input brought peace to our nation just two weeks ago and helped to bring to an end the Northern embargo of food to the South after he guaranteed the peace and security of innocent Nigerian Fulanis in the South West.

I am appealing to those that are behind these dangerous provocations against his person and reckless attacks to desist from this nonsense.

Sunday is a heroic figure in the South West and by far the most powerful, vocal and popular figure in Yorubaland today.

Harming him or his family members will not augur well for the peace and stability of our nation. 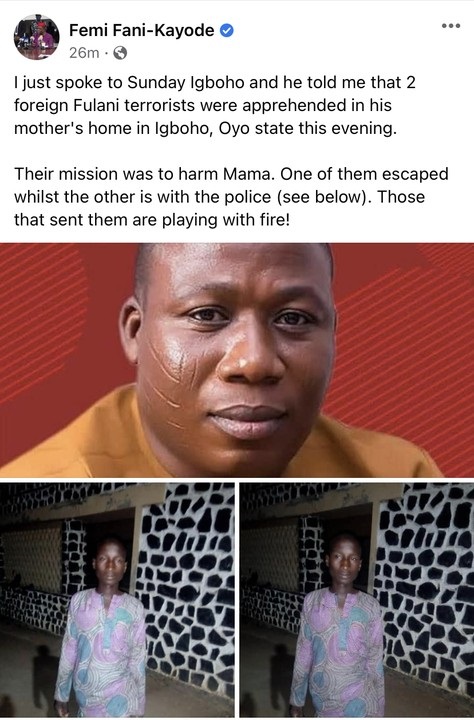 Gbajabiamila’s Escort Who Killed Newspaper Vendor Not Our Officer – Police

“I Got The Money” – Mercy Eke Slams Fans Asking Why...