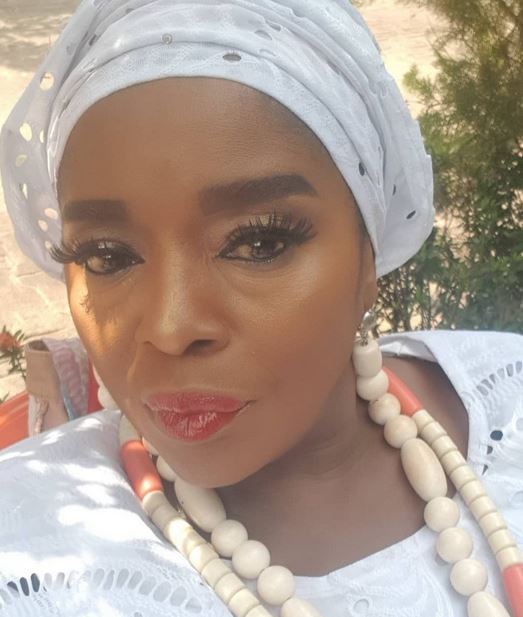 Veteran Nollywood actress, Rita Edochie took to Instagram to attack Nigerians who blasted her for being hesitant to forgive ailing comedienne, Ada Jesus.

The comedienne had accused Prophet Chukwuemeka Ohanemere Odumejeje of staging miracles with the help of Rita Edochie and others. She also accused Rita of promiscuity and said she helps the actress get men to sleep with her.

Now, Ada Jesus is suffering a kidney disease and her family took her to Odumejeje’s church to beg for forgiveness.

Odumejeje said he will not forgive her until she produces those she claims he connives with to stage miracles and Rita said Ada Jesus will not recover from the ailment because of the lies she spread about her.

Later, Rita Edochie released a video, revealing she has received numerous calls about the issue and she has forgiven Ada Jesus from her heart.

Despite that, people continued to criticize Rita for withholding forgiveness initially.  They questioned why she thinks she can play God.

The actress has now gone on Instagram to say a “prayer” for her critics.

She said that if they say what Ada Jesus did to her is OK by them, then may such befall them and their generations. 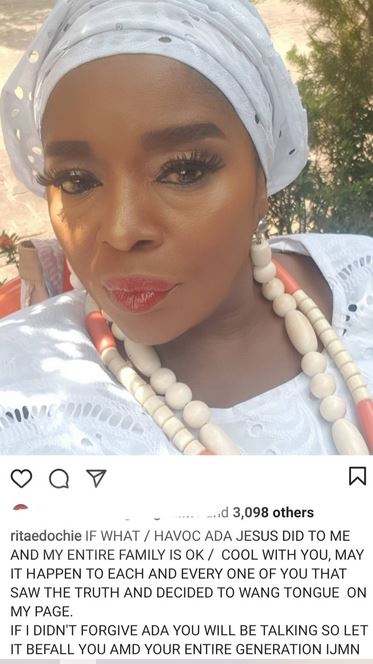 Shocker! Multi-Millionaire Businessman, Donald Tober Jumps To His Death From His...