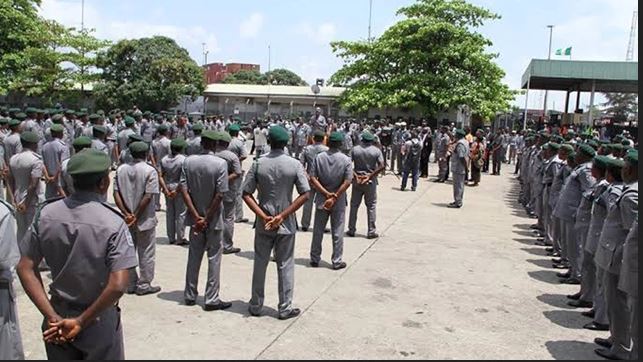 According to a report by Daily Trust, the Nigerian Customs Services (NCS), Federal Operation Unit (FOU) Zone’B’ Comptroller Albashir Hamisu, has lamented how villagers at border towns serve as informants to smugglers in the country.

According to him, most of the villagers inform the smugglers about customs patrol team movement along the border making it difficult for personnel to discharge their job efficiently.

Albashir cautioned the people to be on same page with the federal government whose responsibility it is to stop influx of bad goods into the country.

He said smugglers should not be supported in anyway because they never mean good to Nigeria’s economy, saying they bring in illicit drugs and other contraband items into the country.

He also explained that the seizure made by his zone in two weeks include goods with duty paid value (DPV) worth N51.4 million.

The comptroller who gave out the breakdown said a total of 801 bags of foreign parboiled rice, 81 kegs of foreign vegetable oil in 25 litres, 180 cartons of foreign spaghetti and 74  cartoons of foreign GIV and Eva soap  were seized within the period.

“We are urging on the smugglers to desist from bring such contraband goods into the country,’ he said.