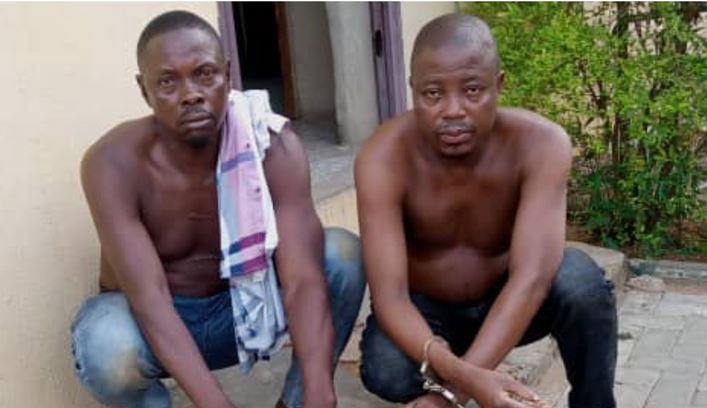 Okwudili Obi, a suspected killer alongside three others have been apprehended by Police Operatives attached to the State Intelligence Bureau, SIB, with the assistance of the Delta State Command’s tactical team in Asem-Uku community of Ndokwa East Local Government Area.

Okwudili is a notorious principal suspect in a case of multiple murder and arsons in the community.

The suspect happens to be one of the principal suspects involved in the murder of one Sunday Nwachukwu and Fidelis Amani.

The deceaseds were allegedly murdered sometimes in 2017.

The Delta State Police Command led by CP Ari Muhammed Ali confirmed the arrest of Okwudili and the three others in a statement signed by the Acting Police Public Relations Officer, DSP Edafe Bright.

According to CP Ali, “He(Okwudili) and his cohorts have been on the wanted list of the command.”

The police boss said the case is still under investigation with a view to arresting his accomplices who are currently at large.

My Husband Was Arrested In Gestapo Style, I Don’t Know His...

Reno Omokri Reveals The Major Reason Why Africa Is Poor

Comedian Ebiye Breaks Silence After Being Mocked for Buying Car On...