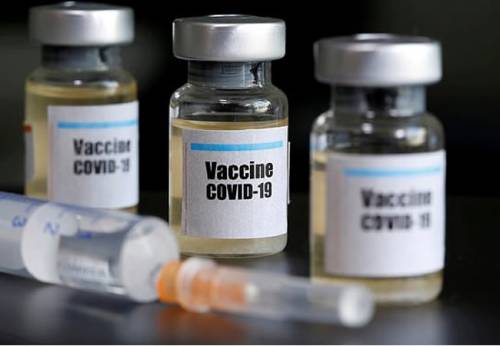 It has been revealed that the number of people in Nigeria who are willing to be vaccinated fell from 86 per cent in October 2020 to 83 per cent in February, 2021.

The National Bureau of Statistics revealed this on Tuesday in its report titled ‘COVID-19 impact monitoring February 2021’.

Part of the report read, “The vast majority of respondents report that they would agree to be vaccinated, although the share of ‘willing to be vaccinated’ has declined slightly.

“In February 2021, 83 per cent of respondents reported that they would agree to be vaccinated, compared to 86 per cent in October 2020.

For those not willing to get vaccinated, the report stated that seeing their religious leaders, family/friends, doctors/nurses, and community leaders get vaccinated would increase their likelihood of taking the vaccine.

The NBS stated that in April 2020, with support from the World Bank, it launched the COVID-19 National Longitudinal Phone Survey, a monthly survey of a nationally representative sample of households to monitor the socioeconomic impact of the pandemic and other shocks.

It stated that the latest report represented findings from the tenth round of the Nigeria COVID-19 NLPS.

It stated that this heightened labour supply was driven especially by women.

This shift towards commerce was also concentrated among women, it stated.

According to the report, the share of Nigerians deploying safe practices to prevent the spread of COVID-19 – including handwashing and mask wearing – recovered in February 2021 compared to November 2020, following the second wave of COVID-19 cases in December 2020 and January 2021.

Around 65 per cent of respondents reported being ‘very worried’ about themselves or an immediate family member becoming seriously ill with COVID-19, with concerns being more widespread amongst respondents in lower consumption quintiles, it stated.