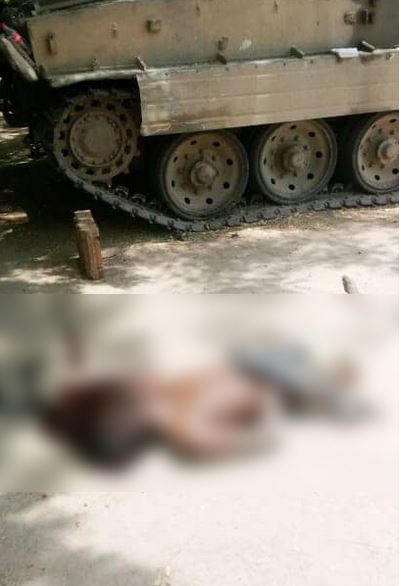 According to a report by SaharaReporters, a colleague of Akila Jimo, a soldier from 152 Battalion, Banki, Borno state who committed suicide on Saturday says the deceased was always complaining that he was not allowed to go on pass.

A pass is a written permission to be away from one’s military unit for a limited period of time.

A soldier told SaharaReporters that Jimo requested to go on pass to visit his family several times but was turned down on every occasion.

He was said to have suddenly cocked his rifle and shot himself in the head. The incident happened in Kumche.

“His name is Cpl Akila Jimo from 142 Battalion but attached to 212 Battalion in Maiduguri. He was always complaining that he was also not allowed to go on pass.

“He had already overstayed in the theatre of operation. He had started showing some signs of depression before he eventually took his life,” the source told SaharaReporters.

In March, a soldier, Bello Useni, with the Nigerian Army School of Armour in Bauchi killed himself.

In July 2020, a soldier in the Army’s 202 battalion in Bama, Borno state, killed a lieutenant who did not give him pass to visit his family.

And in 2017, another soldier committed suicide after killing his superior officer.

Soldiers, especially those deployed in operation Lafiya Dole in the North-East, have always complained about poor welfare.

“The Covid 19 Matter Has Never Added Up”

I Want To Be A Monk