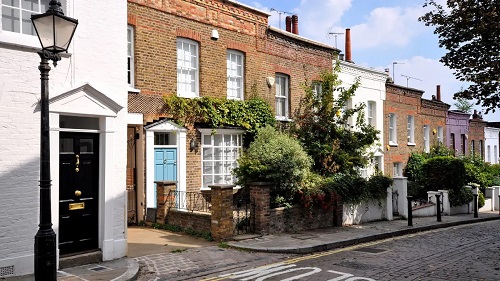 A house in the United Kingdom

A whopping £56 million (about N30bn) worth of choice properties have been bought by 10 former Nigerian governors.

According to DailyTrust, the report on illicit financial flow (IFF) from Nigeria to the UK and the United Arab Emirates (UAE) also showed that 216 properties are owned by 13 law enforcement officers in the UAE.

The report was presented at a media roundtable organised by the Human and Environmental Development Agenda, (HEDA Resource Centre) in collaboration with the MacArthur Foundation.

The identities of the former governors were not disclosed.

Commenting on the report, Chairman of HEDA, Olanrewaju Suraju, said funds stolen from Nigeria and taken to the UK and UAE were mind-boggling.

“We should make it difficult for people to take out the proceeds of crimes,” he said, adding that the UK and UAE should protect their systems from “those toxic resources.”

The HEDA Chairman noted that while over $50billion is lost annually to illicit financial flow in Africa, Nigeria is the leading country in terms of IFF.

Stakeholders have however advocated for the creation of a tripartite anti-corruption task force for the three countries to stop the illicit financial flow.

Oduntan, who presented the research report, said apart from the huge amount of money illegally stashed abroad by politically exposed persons in Nigeria, $15bn alone is lost to tax evasion by multinationals in Nigeria.

In addition, he said there is heavy under-invoicing between Nigeria and the UK, adding that fixing Nigeria’s illicit financial flow would require the destination countries to collaborate with the country in shutting their systems against suspected proceeds of crimes.

However, he lamented that this is not the case, saying in UAE findings show that prosecution of money laundering cases is very low.

Our Rescue Plan Was To Lose A Few Students But Kill...