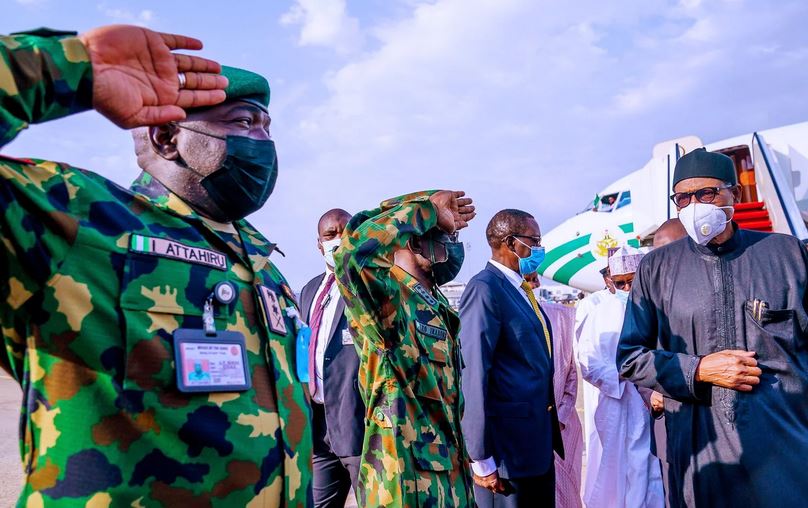 Following the return of President Muhammadu Buhari from the United Kingdom after his usual medical checkup, the All Progressives Congress (APC) has said that  the President is now re-energised and recommitted to executing the party’s lofty developmental objectives.

We reported that Buhari arrived at the Nnamdi Azikiwe international airport Abuja on Thursday evening.

Reacting, Sen. John Akpanudoedehe, National Secretary of the party’s Caretaker and Extra-ordinary Convention Planning Committee (CECPC), in a statement on Friday, said the party was highly elated at the return of President Buhari.

“Mr president is undoubtedly re-energised and recommitted to executing the lofty developmental objectives of the APC-led administration,” he said.

He prayed for Buhari’s continued good health and wisdom to pilot the nation’s affairs and to achieve the APC-led government “Next Level’’ agenda to uplift Nigerians.

Relations Mocked Us When We Didn’t Have A Child – Pastor...