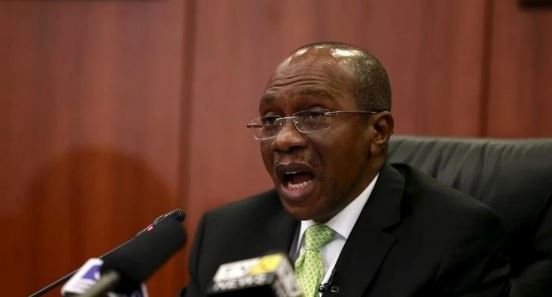 Edo State Governor Godwin Obaseki has been tongue-lashed by Governor of the Central Bank of Nigeria (CBN), Godwin Emefiele for claiming that the federal government printed N60 billon and shared it to states in March

Recall that Obaseki made the allegation publicly on April 10, 2021.

However, Obaseki insisted on his claim while advising the federal government to stop “monetary rascality.”

Now the CBN has given its response to the claim.

Emefiele while reacting, asked Obaseki to stop playing politics with the nation’s fiscal and monetary policies.

“It is very inappropriate for people to just give some colouration to the word printing of money as if it is some foreign word coming from the sky,” Emefiele said during a press briefing on Thursday, April 15.

“It is important for me to put it this way: The situation we find ourselves now is even worse than what we faced in 2015/2016–when we did provide budget support facilities for all the states in this country. That loan remains unpaid till now.

“And we are going to insist on paying back those monies going forward, since they are accusing us of giving them loans…effectively that’s what they are saying,” he added.

The CBN Governor added that the apex bank bailing out the federal government is not peculiar to Nigeria.

“Most countries in the world are confronted by health challenges coming from the pandemic, economic crisis and the rest of them. It will be irresponsible for the central bank of Nigeria or any central bank or any Fed to stand idle and refuse to support its government at this time.

“What is being done is being done in any clime. Nigeria is unfortunately in a very bad situation. I’m not going to pretend about it, in the sense that we are facing problems about productivity output which is GDP, we are also confronted with issues of inflation and prices and the rest of them,” he added.

He also warned politicians like Obaseki to keep their politics away from monetary policies.

“For us to begin to see some people playing some games, trying to overheat the polity by talking about printing of money, I think it is very unfortunate and totally inappropriate and I would like to advise that this should stop. We should all work for the growth of our country and not play politics.

“I am not a politician and I keep saying so. I am a banker and I should be left to do my work,” Emefiele blared.

Pastor Oyakhilome Told Me That I Will Go To Prison And...