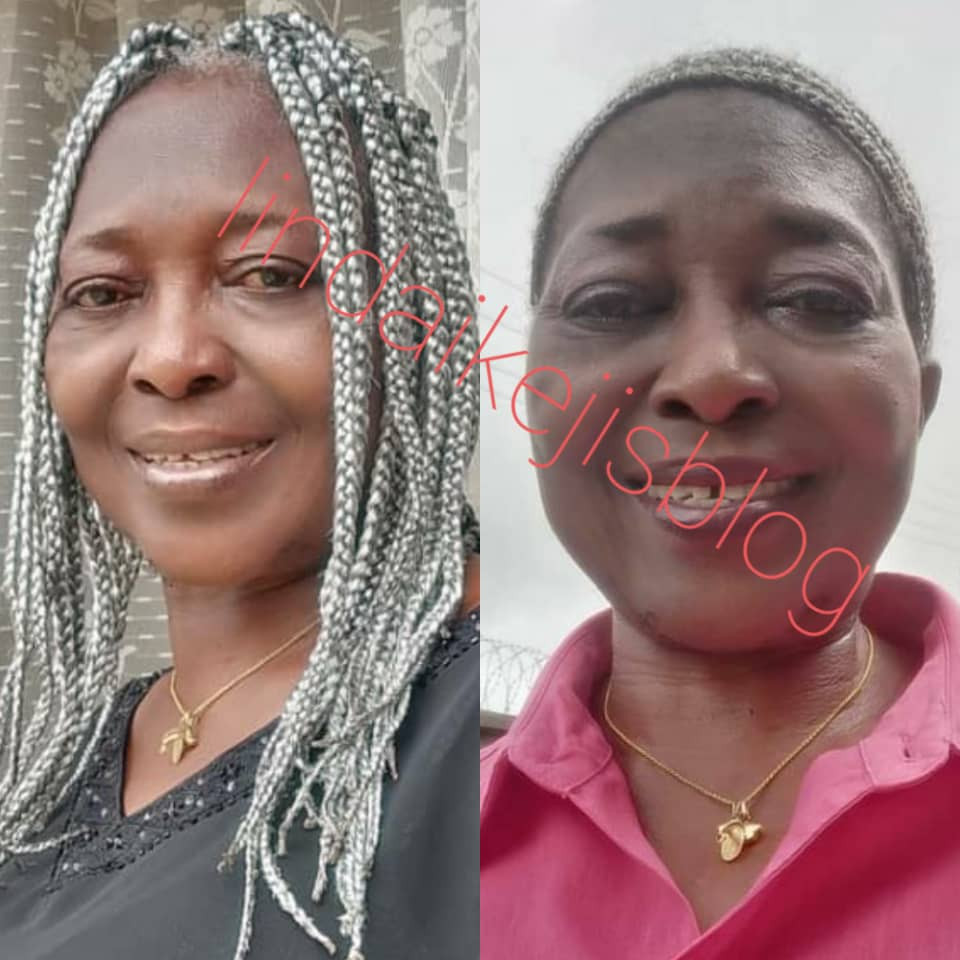 A Nigerian man has made a shocking revelation about what happened to his mother.

The man is now asking for help and demanding justice for his 58-year-old mother, Doris Andy Inyang, a businesswoman, who he said was r*ped and murdered at the state Housing estate in Calabar, Cross Rivers state on Wednesday, April 14.

In his tweet, the man with the handle, @uti_xo, said his mum was r*ped, beaten, strangled, and her wrist slit by those who carried out the attack. He also mentioned that the assailants carted away documents and his own car after the attack.

His tweets read: ”I haven’t heard from my mom. I am extremely worried my God.

My mum got murdered. God please help me.

My mother was murdered and I swear to God the people that did this will never go free. Please I need help in any way to follow up this case. My mother was beaten and murdered in cold blood. My heart will not rest until justice is found. Please anyone that can help in achieving

Please this happened in state housing estate calabar in her house and in her room. She was raped, beaten, strangled and had her wrist slit. They took away some documents…. I don’t know how much. They also stole my car from the compound

If anyone has seen a grey Nissan Sentra 2016. I’ll appreciate all the help I can get. I’ll drop more details about the car in a bit.”

According to LIB, the spokesperson of the Cross Rivers state police command, DSP Irene Ugbo, was contacted and she said her office is yet to get the report of the murder case. She promised to revert as soon as she gets the information.

LIB spoke to the man and he said he was on his way from Lagos to Calabar and would give more details as soon as he has them.

Below are his tweets: 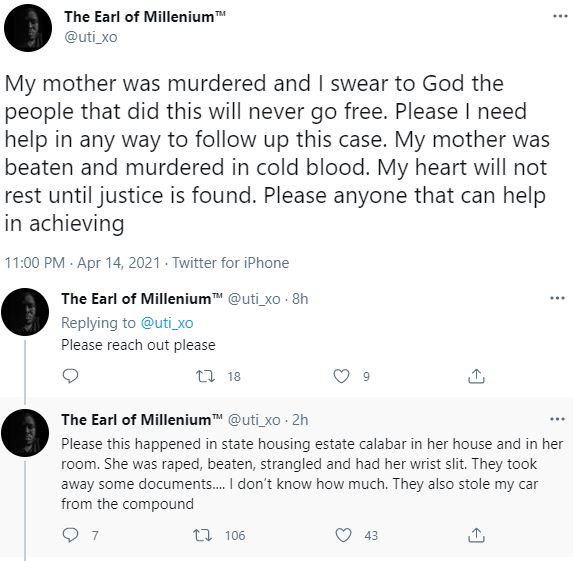 ‘It Is Dangerous Fighting Your Wife’

“This Is Not About Religion, Tribe Or Politics”- Singer, Harrysong Warns...