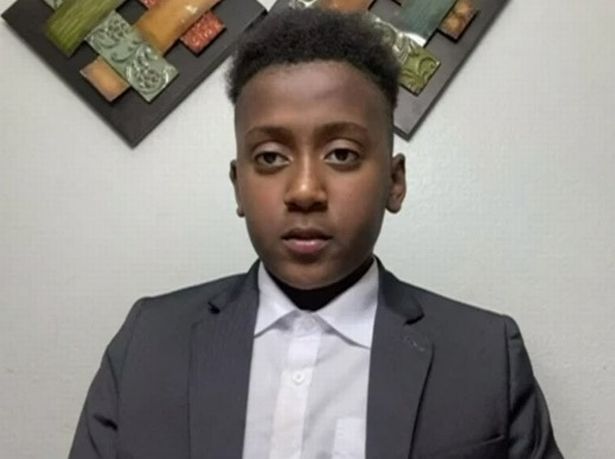 Joshua Haileyesus, a 12-year-old boy has died in a really sad way.

The boy died after attempting a dangerous TikTok challenge and spending a month on life support.

Joshua Haileyesus took part in the viral challenge which dangerously encourages people to choke themselves, and is called the ‘Blackout Challenge’.

The young boy, from Colorado, had been found by his twin brother passed out on his bathroom floor on March 22.

Since then, he was kept alive with life support machines for almost a month but has now passed away.

His family suspect he tried to choke himself to pull off the dare.

On a GoFundMe page, a tragic update was posted.

It read: “After fighting the good fight on life support for 19 days, Joshua has gone off to be with the Lord.

“Your prayers and your love have comforted us and we are grateful for your support.”

Participants would use household items to choke themselves until they pass out.

Days before he was found, he bragged to his brother that he could hold his breath for a minute.

His devastated father, Haileyesus Zeryihun, had held out hope that Joshua was a “fighter” and might pull through.

He said he had been “praying for him every day.”

“I was begging them on the floor, pleading to see if they can give me some time, not to give up on him. If I just give up on him, I feel like I’m just walking away from my son,” he said at the time

Joshua, a thespian and musician, loved online videos and social media and had learned cooking, guitar and acting skills.

His parents are warning others over their tragedy, and say parents need to be involved more.

“It’s not a joke at all,” he added. “And you can treat it as if somebody is holding a gun. This is how dangerous this is.”

TikTok users are advised to report videos that are encouraging people to take part in the challenge or showing their attempts.

Health Center In Lagos Shut Down After Workers Tested Positive For...

“I Smell a Rat – Bishop Oyedepo Breaks Silence On Ortom’s...

“That Is Prostitution” – Reno Omokri Blasts Women Equating A Closed...