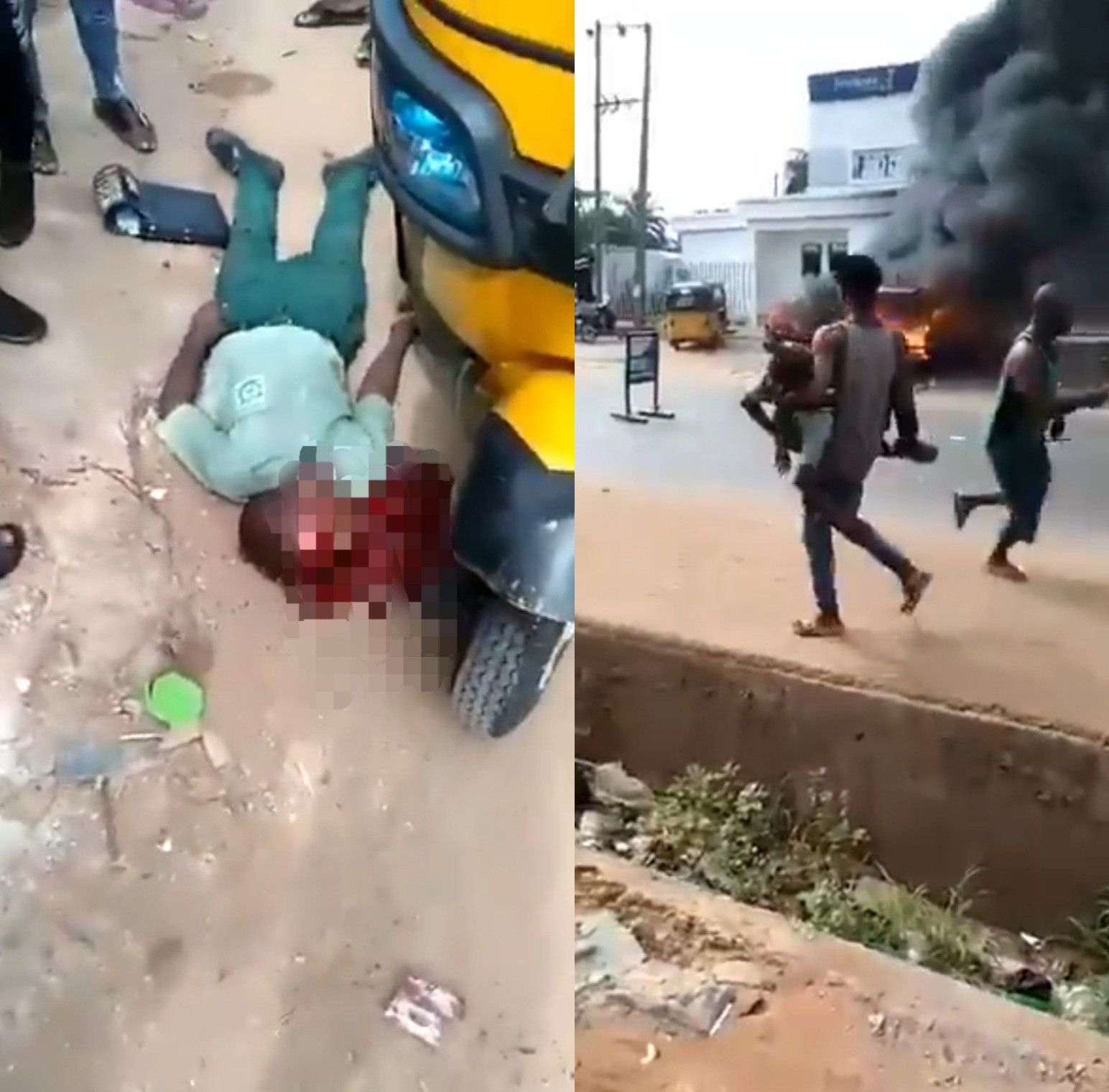 An attack at a bank in Anambra state has claimed the lives of two persons said to be secondary school students. 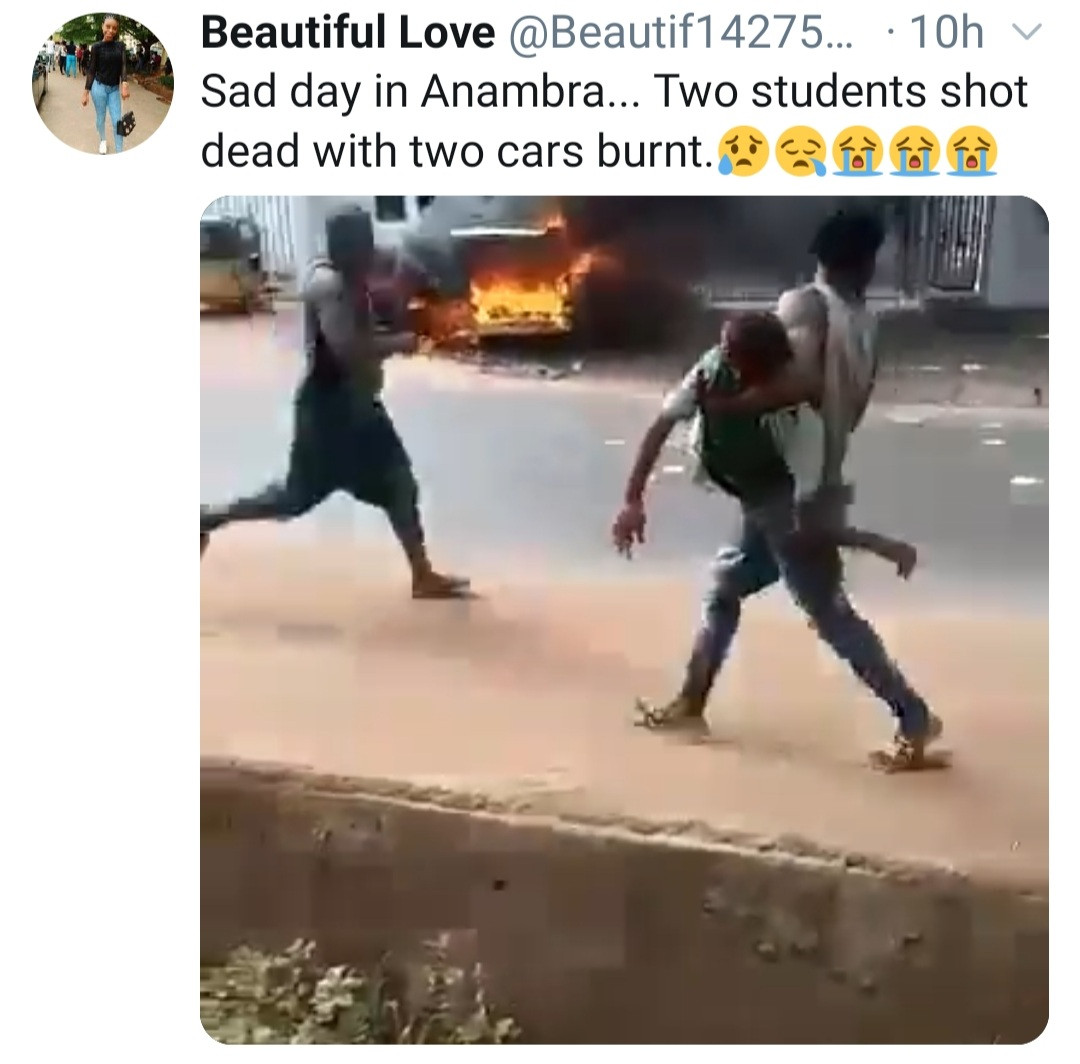 Vehicles were set ablaze by the gunmen and stray bullets hit two students returning from school.

A video shared online shows one student lying on the road, the contents of his brains splattered on the floor. Another student is seen lying lifeless in the arms of a young man who tries to rush him to a hospital to get help.

Watch the video below.

SAD!! Two Siblings Attacked In Akwa Ibom After Being Accused Of...