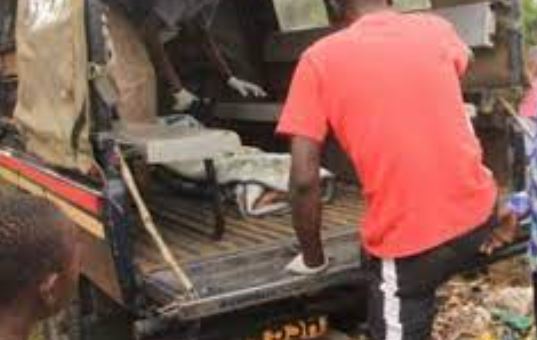 Solomon Kilimo is said to have travelled from Nairobi to Iten on June 14, with only one mission to confirm allegations that his 23-year-old wife was having an affair with a neighbour.

Sources told K24 Digital that an enraged Kiplimo asked neighbours where the man, one Dan Mwangi who had allegedly been chewing his wife lived after failing to find her at home on arrival.

Kiplimo is said to have stormed Mr Mwangi’s house where he found the two in the act and attacked them.

Mwangi managed to escape but the wife was not lucky as she was stabbed several times using a kitchen knife. She succumbed to the injuries.

“We have already opened an inquest into the incident at Kapsho Estate. He allegedly found the two in bed and started attacking them using a knife killing the wife instantly,” Makori told K24 Digital on phone.

Medical reports indicate that the wife succumbed to multiple stab wounds to the stomach, chest and neck.

Makori added that they were also looking for Mwangi to record a statement on the incident which shocked locals.

Police who arrived at the scene moved the body to Iten County Referral Hospital morgue pending a postmortem examination.

Only University Lecturers On IPPIS Would Get Salaries – Pres.Buhari