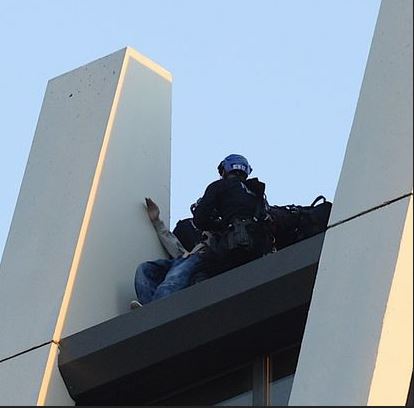 A man who tried to attempted to jump off the roof of a building in Morningside Heights on Wednesday evening, June 23 was stopped by the New York Police Department Emergency Service Officers.

Members of the NYPD’s Emergency Service Unit physically engaged and grabbed the man and brought him to safety.

He was then taken to nearby Mount Sinai Morningside Hospital for evaluation.

Actress Joke Jigan Drags Troll Who Called Her Out After She...

Wow! Nigerian Man Shows Off His Wife’s Amazing Stature When She...