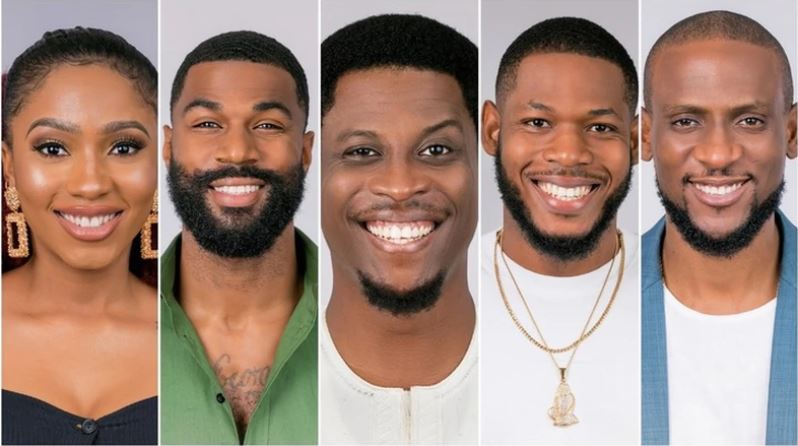 Its barely 24hrs to the end of the most-watched reality TV show in Nigeria, BBNaija, and fans are spending a lot of time and cool cash trying to make their favourite housemate emerge victorious on the final day.

If you’ve been an ardent viewer of the season 4 of BBNaija you’d notice the voting patterns that have have become quite predictable in the last 13 weeks. We stand to be corrected when we say a lot of people have predicted correctly how and when all the nominated housemates have been evicted from the show.

This goes to show that not only were the evictions credible, but there has been a lot of emotions with how the show and its remaining five finalist housemates have emerged.

This is how we think the winner of this season’s BBNaija will emerge on Sunday, October 6, 2019.

Omashola making the final five cannot be described as being lucky, rather it has been because of his die-hard fans who have been voting painstakingly to keep him in the house till the final day. We can describe Omashola’s voters as the silent ones as they aren’t loud on social media but the numbers speaks volume of their loyalty towards the ‘Warri warrior’ every time he has been up for eviction.

Though he has made it to the final, we think he stands a chance to win. However, considering the other housemates and voting power of their supporters, Omashola does not seem to be the strongest that will eventually go home with the grand prize. It’s simple. Omashola hasn’t been put up with these top five in the previous evictions to test his strength. This doesn’t mean his silent voters aren’t going to go all out to take the grand prize to Warri for the second time.

Mercy is perceived as one of, if not the strongest housemate in the final five by a lot of observers. For every time she was put up for eviction during the show, the numbers she got reflected on how strong she is, making her one of the strongest housemates in the house. Let’s be sincere, with the figures since the beginning of the show, it would be difficult for anyone to rival Mercy. Even though it looks like she might walk home with the grand prize on the final day, the possibility of a plot twist is very real.

Now let’s break it down, Mercy got into a fight with Tacha – who had a very strong fan base – which saw her getting disqualified from the show. Tacha’s disqualification has won Mercy a lot of enemies on the other side. These aggrieved fans might just shift base and take their votes to another housemate, doubling or even tripling that number. This act might just be for the revenge fun of it.

One of the housemates who won the hearts of fans and viewers of BBNaija from day 1 is Mike. Maybe because of his marital status or accent, the ladies can’t simply get enough of him. This has reflected on the votes he has gotten every time he was up for eviction. Mike is certainly the second most likely housemate to win the show if we check the percentage of votes all the housemates in the final five have gotten so far.

Another reason he might be getting more votes this time around is that several fan favourites like Khafi and Cindy have been evicted and not wanting to be left out in the revenge game, these guys would also want to spread their votes to someone else. We don’t think the ‘Tacha Camp’ will be voting for Mike because they both never really got along before her disqualification from the show. However, if the push comes to shove, Mike might be the man with the last smiles.

If you think Seyi doesn’t stand the chance of winning this season of Big Brother Naija, then you have to reconsider that thought. For obvious reasons, the young man from the historical family of the Awolowos, has been amassing a lot of fans. We can’t take the fact that being an Awolowo hasn’t influenced how fans have garnered their love and votes for him. He has survived eviction several times and is only a few steps away from the grand prize.

Now if you are wondering who the ‘Tacha Camp’ might be spending big on votes this week, look no further as we think Seyi might be getting all those numbers. The reason being that he was one of the few housemates who had a genuine friendship with Tacha before her disqualification. Even though they fought a couple of times, these two spent a lot of time together and the ‘Tacha Camp’ might just be rooting for him and doughing out a lot to make him the winner.

By the fourth week of the show, not many in their wildest imaginations would have believed that Frodd would make it to the last five housemates standing. Well, we all know how he went on to become one of the most popular and liked housemates in the show. He also surprised everyone with the number of votes he got for every time he got nominated for eviction.

Probably the most nominated for eviction housemate of the show, Frodd’s stay in the house, made him a force to reckon within the house. This has made him strong and the possibility of him winning even though slim is very very possible. His camp outside the house will have to up their game in the coming days to crown their ‘homeboy’ the winner of the show.

digestng - June 4, 2020
0
The Kano State Government has said that 76 per cent of  confirmed  Novel Coronavirus (COVID-19) cases  in the state are male. The Technical Coordinator, Kano...

digestng - June 4, 2020
0
Nasarawa State Government has lifted the ban ordering the closure of markets, as well as activities of commercial motorcycles. The Commissioner for Health, Ahmed Baba...

FACT CHECK: Does Nigeria Have Enough Doctors – As Claimed By...

Vote for me, I’ll harness oil wealth for your good, Lyon...

Angry woman chops off ex-hubby’s penis, pours acid on it, then...