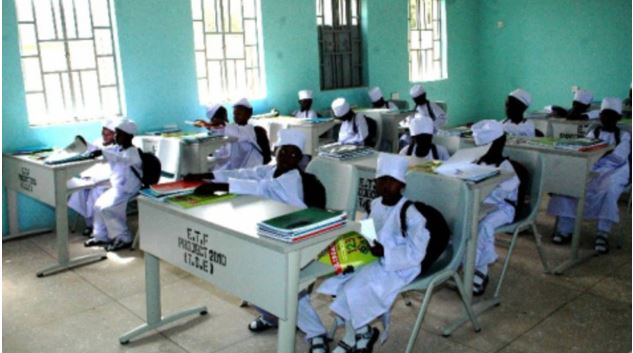 The almajiri schools in the North on which former President Goodluck Jonathan spent a whopping N15 billion are waiting for the undertaker. That they are in ruins is, to put it mildly.

While some of these schools have been remodeled as convention basic educational institutions, some lay waste because the pupils have returned to their old ways, roaming the streets for alms.

Jonathan, seeing the level of illiteracy in the North, where out-of-school children known as almajiri constitute nuisance, had come up with a lofty ideal of building almajiri schools, to reduce street begging and integrate basic primary education in the almajiri system.

But no sooner had he established the schools, which many believe was part of his strategy to worm himself into the hearts of the Northerners to aid his re-election than he left office for President Muhammadu Buhari.

However, Buhari, a Northern Muslim who many believed would take the project up from where Jonathan, a Southern Christian, left it, has more important issues to face.

Kano State, according to the United Nations Children’s Fund (UNICEF), hosts about a third of the estimated nine million out-of-school children in the North. It has about 10 of those schools.

Majority of the children undergoing the traditional Arabic schools under the almajiri system in the hands of local teachers are left unkempt, as their parents dumped them in Kano from other parts of the North, with little or no care.

Expectedly, these innocent kids roam the streets begging to survive.

According to The Guardian checks, the Kano government has added boarding facilities in the schools and built additional two to meet the growing demand.

Others are in Doguwa, Kibiya, Garo in Kabo, Warawa, Ganduje in Dawakin-Tofa and Kanwa in Madobi councils.

Nevertheless, the 12 schools have limited capacity to check the influx of almajiri in the state.

According to him, the new pilot scheme, expected to kick off the first week of October, captures well-trained Mathematics, English, Computer Studies and Integrated Science teachers for Thursdays and Fridays.

“We are aware of the large population of almajiri in Kano and the capacity of the intervention, but we believe the menace of street begging and the number out-of-school children will reduce,” he noted.

An analyst in Jos, Plateau State, Mallam Musa Musawa, told The Guardian that the almajiri system was designed for religious character development and discipline.

But he argued that the system had been abused.

“Virtually in all the 36 states and the Federal Capital Territory (FCT), you will find an almajiri going round, begging for survival, as if begging is the sole essence of almajiri,” he added. “Some of the almajiri now consist of foreigners.”

He urged the government to synergise with traditional, religious and community leaders to make western education compulsory from age zero to 21.

Meanwhile, the Emir of Gwandu and Chairman, Kebbi State Council of Chiefs, Alhaji Muhammad Bashar, has expressed concern over the almajiri menace, which he described as a shame to the North.

“It is a shame on the North that you see almajiri everywhere in the streets begging. The North West has the highest number of drug addicts in Nigeria,” he added.

As a revival strategy, the Kebbi State government disbursed N900 million to support almajiri education in the state.

The governor, Abubakar Bagudu, explained that his government would continue to assist all almajiri schools through the Ministry of Basic Education, in the areas of teachers’ welfare, accommodation and toilet facilities.

Bagudu added that the pupils would be taught English and Mathematics to enable them to blend into conventional education up to the tertiary level.

In the same vein, the lawmaker representing Bida/Gbako/Katcha federal constituency of Niger State, Saidu Abdul, has decried the danger of the almajiri system.

Speaking at a reception organised in Abuja by the Solitaire (Economics Class of 2005), Department of Economics, Ahmadu Bello University (ABU), Zaria, recently, he said he ventured into politics because of the challenge of the almajiri system, especially the children of Nupe extraction that he saw roaming the streets of Kano in rags.

In the 8th National Assembly, Senate leader, Ahmed Lawan, who is now Senate president, had raised the alarm that the almajiri were easy tools in the hands of terrorists.

“The recruits are there; those of 17 years of age who are supposed to be in school but are roaming the streets.

Though it is controversial, a time has come in those states where the almajiri system is established for over 100 years to see how we can work out a model that will ensure that the system did not continue the way it is today,” Lawan had said.

Abdul made a strong case for the immediate reform of the almajiri system to create an opportunity for them to acquire formal education.

According to him, unless we address the issues in the education sector, we would not prepare our children for the challenges ahead of them in the world globally.

He urged youths to mobilise before 2023 in Nigeria for a new, potentially-endowed crop of leaders to emerge and “radically transform” the country.

digestng - January 21, 2020
0
The Minister of Transportation, Mr. Rotimi Amaechi has queried the pace of work on the Lagos-Ibadan rail project, especially the Ebute Metta to Apapa...

digestng - January 21, 2020
0
Mr Abubakar Malami, Attorney-General of the Federation and Minister of Justice has called for immediate disbandment of caretaker committees and restoration of elected local...

digestng - January 21, 2020
0
The Special Adviser to Ogun State Governor on Education, Dr Joseph Odemuyiwa has denied allegations of forgery and manipulation of academic certificates levelled against...