Laurence Fox has risked sparking further controversy by criticising Oscar-winning director Sam Mendes for including a Sikh soldier in his World War I drama 1917.

The epic war movie has been nominated for ten Oscars — including Best Original Screenplay and Best Picture.

But despite these plaudits, Fox, 41, has questioned the credibility of the film’s storyline and what he describes as the ‘incongruous’ inclusion of a Sikh soldier, Sepoy Jondalar, played by Nabhaan Rizwan, in the ranks of British forces. 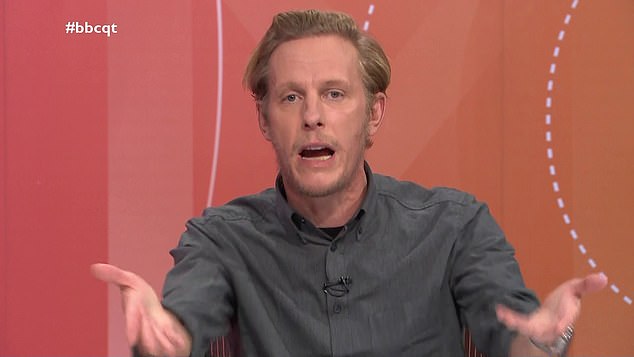 Asked if he would be offered ‘more, better roles’ if he espoused ‘different views’, Fox agrees that is the case, but adds: ‘What’s the point? You don’t want to go into a work environment and have someone thought-police you’. He is pictured speaking on Question Time

This, says Fox, causes ‘a very heightened awareness of the colour of someone’s skin’ because of ‘the oddness of the casting’.

Speaking on writer James Delingpole’s podcast, Fox, until recently best known as the star of ITV drama Lewis, adds: ‘It’s like, ‘There were Sikhs fighting in this war’ . . . OK, you’re now diverting me away from what the story is. There is something institutionally racist about forcing diversity on people in that way.’

Fox emphasises that his observations are no reflection on the quality of Rizwan’s performance. 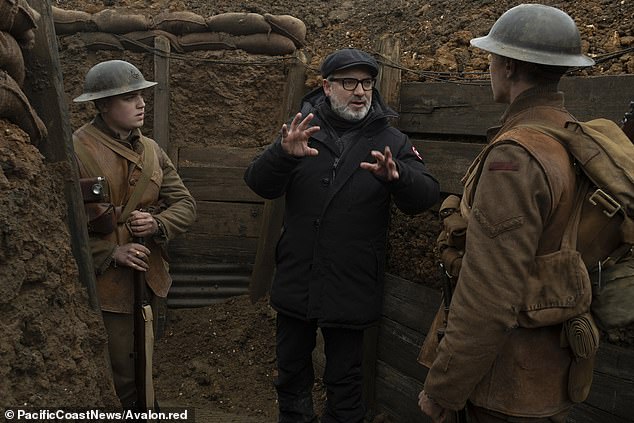 This time he’s taking aim not at an ethnicity lecturer from a provincial university, but Oscar-winner Sir Sam Mendes and, in particular, the film director’s World War I epic, 1917. Director Sam Mendes is pictured above on set

‘He’s great in it,’ he says, before arguing that having a Sikh appear in the British Army ‘did sort of flick me out of what is essentially a one-shot film [because] it’s just incongruous with the story’.

Sikhs fought with outstanding bravery in their own regiments, rather than in British ones, in many of World War I’s most horrific battles, including Ypres and the Somme.

Sir Sam Mendes’s representatives did not respond to a request for comment.

Asked if he would be offered ‘more, better roles’ if he espoused ‘different views’, Fox agrees that is the case, but adds: ‘What’s the point? You don’t want to go into a work environment and have someone thought-police you.’

Fox hit headlines last week when, as a guest panellist on the BBC’s Question Time, he clashed with an audience member after she branded him a ‘white, privileged male’. 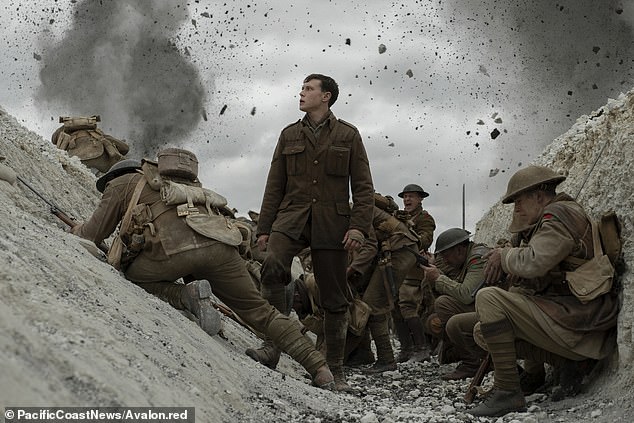 Despite these plaudits, Fox, 41, questions the credibility of the film’s storyline and what he describes as the ‘incongruous’ inclusion of a Sikh soldier, Sepoy Jondalar, played by Nabhaan Rizwan, in the ranks of British forces

Laurence Fox says ‘woke’ people are ‘fundamentally racist’ as he blasts ‘privileged’ Lily Allen and says: ‘We’re tired of being told we’re racist by people we pay for and support’

By Sebastian Murphy-Bates for MailOnline

Actor Laurence Fox said this morning that ‘woke’ people are ‘fundamentally racist’ and blasted the singer Lily Allen for telling him to stick to acting.

Fox – who railed against identity politics on Thursday’s Question Time – told Julia Hartley-Brewer on Talk Radio that the country is tired of being told it’s racist.

The host had asked him about Harry and Meghan‘s decision to step down and what he thought of claims made by some of their supporters that the Duchess faced unfair scrutiny due to her skin colour. 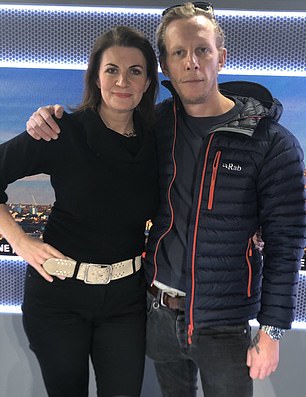 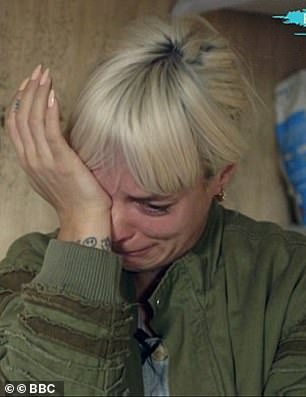 Laurence Fox (pictured, left, with interviewer Julie Hartley-Brewer today) hit back at Lily Allen (right, crying at a migrant camp in Calais) after she told him to stick to acting despite her regular interventions on political issues 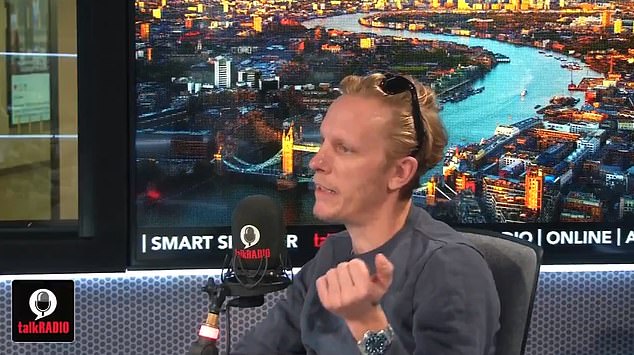 As he told her that he believed Britain is a tolerant nation, he said it was hurtful to tell people who initially welcomed Meghan that their subsequent criticism was racially motivated.

‘We’re tired of being told we’re racist by the people we pay for and support,’ he said on the show.

Fox also discussed his recent spat with Lily Allen, who told him to ‘stick to acting mate’ after a Question Time appearance in which he accused an academic of racism for bringing up his skin colour.

Allen – who was a vocal supporter of Jeremy Corbyn during last month’s general election – said on Instagram on Saturday that she was ‘sick to death’ of ‘luvvies’ like Fox who are guilty of ‘forcing their opinions on everybody else’.

She concluded the rant by saying that he should ‘stick to acting mate, instead of ranting about things you don’t know about’.

Today Fox mocked her statement, saying that she had a ‘privileged’ upbringing herself and pointing out he doesn’t live in a gated community.

He said sarcastically: ‘She’s had a pretty privileged upbringing but she speaks for the common man doesn’t she.’

The musician also slammed ‘woke’ culture, a term that originally was used to positively convey an alertness to oppression but is now also used derisively as a term for those who argue that white privilege stops people like Fox being able to see racism.

Today, Fox said that it was the woke who are actually guilty of racism against the white people they accuse.

‘What they are accusing you of is what they are,’ he said. ‘They are everything they accuse you of. The wokist are fundamentally racist.’ He added: ‘Identity politics is extremely racist.’