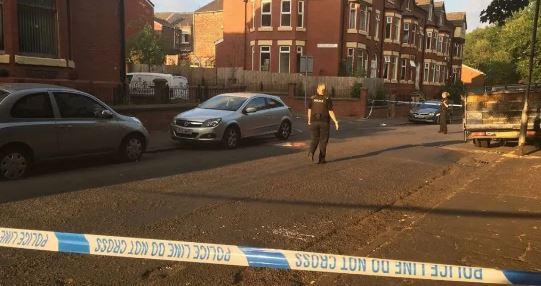 The Arndale shopping centre in Manchester has been taken over by security operatives after reports of stabbings on Friday.

According to the BBC, the UK ambulance service was treating four people after the incident at the Arndale shopping centre in Manchester, UK.

Five people have been stabbed and counter-terrorism police are leading the investigation, British police said in a statement.

“We are on the scene, we are treating four patients,’’ a spokeswoman at the North West Ambulance Service said.

Manchester Police said on Twitter that they were responding to an incident at the shopping mall.

Meanwhile, a man has been arrested on suspicion of serious assault over the incident at the shopping centre.

“A man in his 40s has been arrested on suspicion of serious assault. He has been taken into custody for questioning”, the police said.

Update: FAAN suspends officer who stole from a pilgrim at Yola...