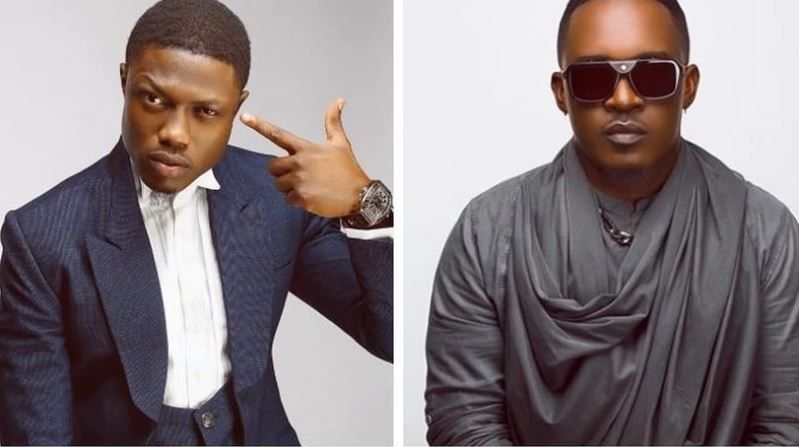 “… You’re not even top 5 from Yoruba land. Moda, Baddo, Dagrin, Ycee, and Falz, omo see the queue (CDQ)” was a line from the song song recorded my Jude Abaga aka M.I in response to Vector who has been taunting him recently.

Alright, we didn’t see this coming as M.I had acted like he wasn’t going to respond initially.

The beef has officially started with MI responding to Vector in a much-anticipated song, TheViper. From the gothic photo cover to the lyrics, it is clear that MI’s shot at Vector was not as friendly and peaceful as his perceived olive branch of friendship set out to do.

Only yesterday, October 4, MI took to Vector’s page to congratulate him on his track to which Vector refused to claim the “G” status.

And in another tweet, he accused Vector of always trying to bring him down despite his efforts:

Recall that in the first single ( ‘You Rappers Should Fix up Your Lives’) of his album, Yxng Dxnzl, released in October 2017, he said,

“None of you rappers is real enough.

Once you blow up now, you switching up.

That’s why these fans are not feeling y’all…”

And it looks like that is what he is doing with this track directed to Vector.

digestng - May 30, 2020
0
Plans to quarantine travellers coming into Britain were falling apart last night as they came under fire from all sides.Border Force and police...

digestng - May 30, 2020
0
The Speaker of the House of Representatives, Femi Gbajabiamila, says the House will provide strong legislation and codify the Social Investment Programmes (SIPs). He said...

digestng - May 30, 2020
0
Police in Plateau has put two more people on parade suspected to be involved in the killing of a lecturer Nandi Drenkat of University...

Heidi Klum and Tom Kaulitz got married in February and nobody...

Baby shower is an invitation to witches – Counsellor Charlotte Oduro