Real-life Catch Me If You Can: Conman is arrested after dressing as a Lufthansa pilot to secure upgraded seats in India

By Milly Vincent For Mailonline 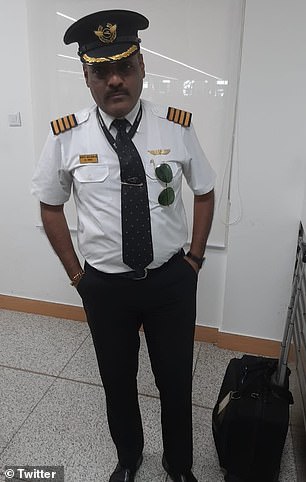 Rajan Mahbubani, 48, was found to be ‘impersonating’ a pilot of Lufthansa airlines

A conman has been caught posing as a pilot in full uniform to secure upgraded seats and escape long queues at airports, say officials in India.

Rajan Mahbubani, 48, from Delhi, was found to be ‘impersonating’ a pilot of Lufthansa airlines in order to speedily board a flight from the Indira Gandhi International Airport, Delhi.

He was apprehended by Central Industrial Security Force (CISF) personnel at the departure gate of an Air Asia flight I5-579 to Kollkata, western India, at 12.35 pm on Monday.

Mr Mahbubani from Vasant Kunj, Delhi, was reported as a ‘suspected passenger in the getup of a captain of Lufthansa airlines’ by chief Security Officer of the Lufthansa German airline, reports The Hindustan Times.

A CISF officer said: ‘The man was in possession of a fake ID card of Lufthansa Airlines captain, and he used it to get privilege at airports.

‘The passenger disclosed that he used to shoot YouTube videos on aviation and had obtained the Lufthansa fake ID card in Bangkok.’

Speaking to Delhi police Mr Mahbubani admitted that he enjoyed dressing in a variety of uniforms from different professions and often shared videos of him wearing them on the platform Tiktok.

The suspect’s phone also held pictures of him posing as an Army colonel. 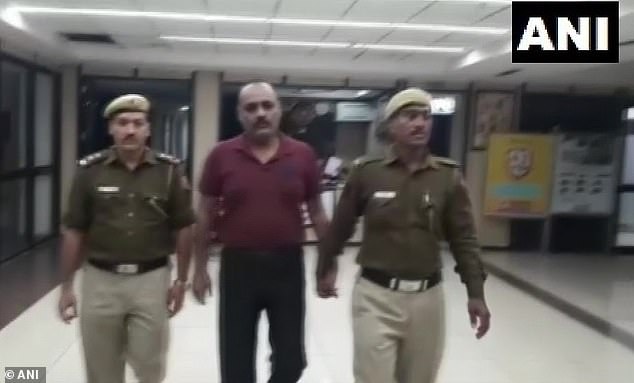 Sanjay Bhatia, Deputy Commissioner of Police at the Delhi Airport said: ‘During interrogation, Mahbubani said that he is a frequent traveller and used to impersonate as a pilot of international airlines to gain easy access during security clearance and have preferential treatment from security agencies and airlines’, reports The Hindustan Times.

The passenger is claimed to have been carrying a forged identity card which he used to gain access to crew boarding areas and in order to seek ‘preferential treatment’ including seat upgrades, said Mr Bhatia.