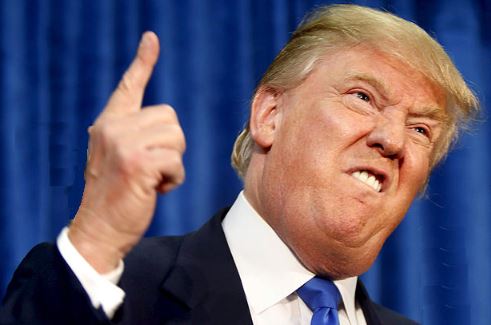 Immigrants applying for US visas will be denied entry into the country unless they can prove they can afford health care within 30 days of entering or can’t pay for it themselves, according to a proclamation signed by President Donald Trump.

The new rule, which comes into force on 3 November, will be applied to people seeking immigrant visas, not those in the US already. It does not apply to those seeking asylum seekers, refugees or children.

But it would apply to the spouses and parents of US citizens. That could have an impact on families who are trying to bring their parents to the US.

The proclamation said immigrants will be barred from entering the country unless they are to be covered by health insurance within 30 days of entering or have enough financial resources to pay for any medical costs.

The Trump administration is trying to move away from a family-based immigration system and into a merit-based system, and Friday’s proclamation is another effort to limit immigrant access to public programs.

The Trump administration earlier this year made sweeping changes to regulations that would deny green cards to immigrants who use some forms of public assistance. The White House also directed officials to recover income-based welfare payments from sponsors, and proposed a rule requiring verification of immigration status for anyone seeking access to public housing benefits.

The required insurance can be purchased individually or provided by an employer, and it can be short-term coverage or catastrophic.

Medicaid for the poor doesn’t apply and an immigrant will not be able to obtain a visa if using the Affordable Care Act’s subsidies when buying insurance. Those subsidies are paid for by the federal government.

Trump has made cutting legal and illegal immigration a centerpiece of his presidency. The Trump administration said last month that it planned to allow only 18,000 refugees to resettle in the United States in the 2020 fiscal year, the lowest number in the history of the modern refugee program.

The White House said in a statement that too many non-citizens were taking advantage of the country’s “generous public health programs”, and that immigrants contribute to the problem of “uncompensated health care costs”.

The uninsured rate for immigrants dropped from 32%t to 20% from 2013 to 2017, since the implementation of the Affordable Care Act, according to Migration Policy Institute.

There are about 1.1 million people who obtain green cards each year.

“This new attempt at an immigration ban is as shameless as it is stunning,” tweeted Doug Rand, a former Obama administration official who is the co-founder of Boundless Immigration. “It will be chaotic to implement and guaranteed to separate US citizens from their legal immigrant spouses and other close relatives.”

…I have never seen any destruction of this magnitude – Sanwo-Olu

Passenger flies plane to Spain when there was no available pilot