British-born mother-of-five, 32, with convictions for manslaughter and robbery faces being deported back to the UK after imminent release from jail – without her children – despite living in Australia since she was two

By Chris Dyer For Mailonline

A British-born mother-of-five who has lived in Australia since she was two years old faces being deported back to the UK after her latest jail sentence has ended.

Kelly Webb, 32, who has a string of convictions including manslaughter and robbery, is expected to be released from jail this week after serving time in prison for stealing from a liquor store last year while her child was with her.

Webb, who was born in England, killed her stepfather with a kitchen knife and hockey stick when she was 14 years old after a decade of ‘monstrous’ childhood abuse.

She also has a criminal record that includes robbery, stealing from shops, receiving stolen goods, trespassing, making a false document and drink driving. 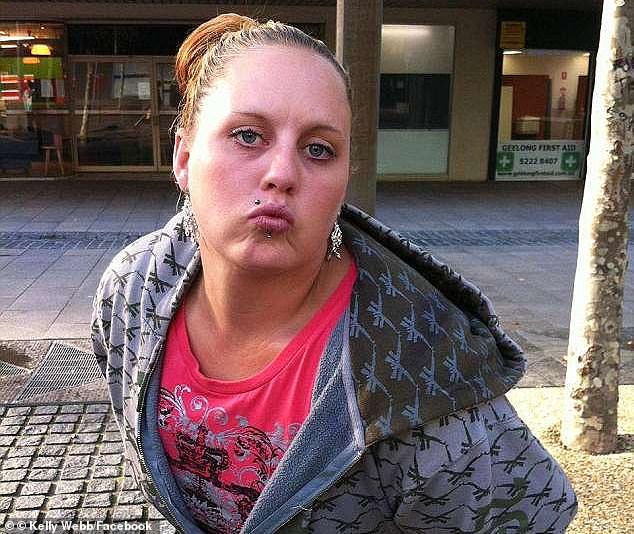 Kelly Webb faces being deported back to the UK after her released from jail, which is expected to be this week. The 32-year-old left Britain when she was two and has not been back since 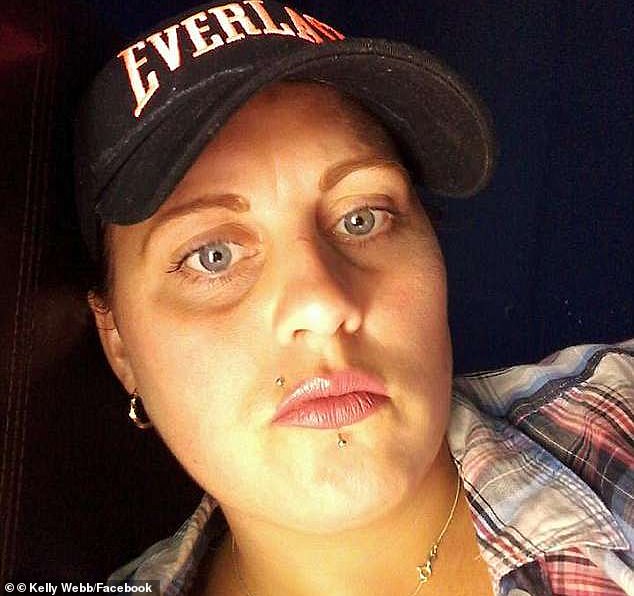 Webb, who has lived in Australia since 1988, had her visa cancelled last May following her latest prison sentence

Webb, who has not been back to the UK since 1988, now faces deportation under a law introduced in 2014 which enforces mandatory removal of foreign nationals who have served more than 12 months in jail.

During her manslaughter conviction the court served her with a good behaviour bond after hearing details of what she had endured from her alcoholic stepfather.

Webb then began to use crystal meth and served an 18-month jail term in 2014 for a burglary she committed while armed with a steak knife.

When she was released in 2017, Webb was taken to Maribyrnong Detention Centre in Maidstone, Victoria, as her visa was revoked by authorities.

She narrowly avoided deportation after promising to turn her life around and pleading with authorities to allow her to remain in Australia.

In a Facebook post at the time Webb pledged to stay clear of crime, writing: ‘The old Kelly Webb is gone the new Kelly has her head screwed on and learnt from her mistakes this time. 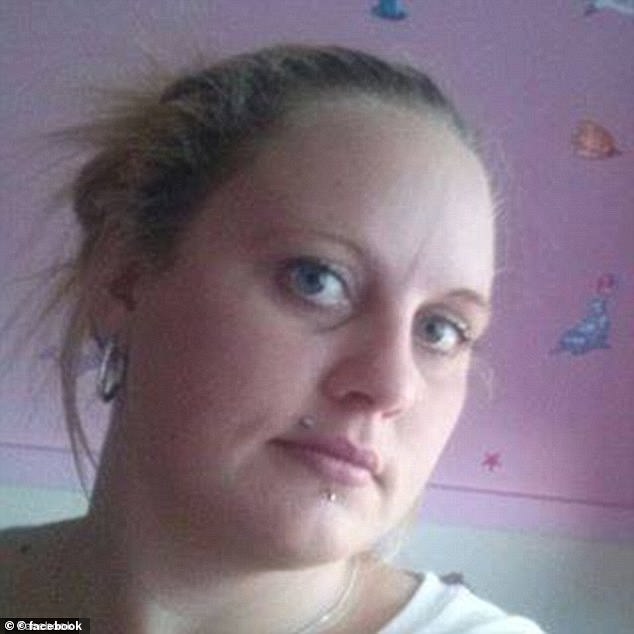 The mother-of-five was given a ‘second chance’ by the Australian government to stay on the straight and narrow, but now faces deportation after being jailed for stealing last year 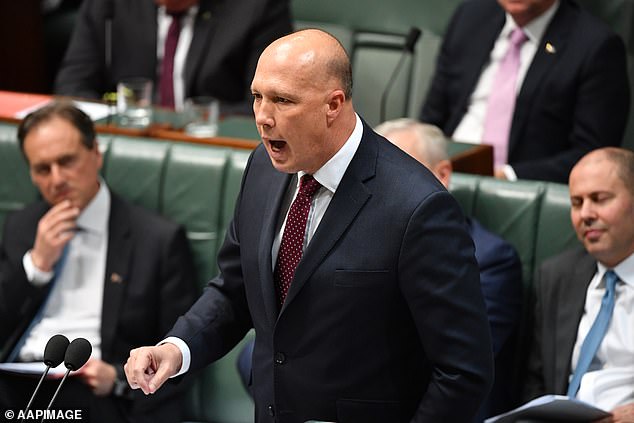 Minister for Home Affairs Peter Dutton in the House of Representatives at Parliament House in Canberra last month. He reportedly cancelled Webb’s Australian visa last May

‘From now on my kids come first which is how it should have been 2 begin with but I was 2 self centred and selfish.

‘Can’t wait for my future I believe this is my 2nd chance to raise these kids and I wont f*** that up 4 [sic] nobody.’

But in February last year, she was again before the courts facing a string of theft charges, including allegedly stealing from a liquor store while accompanied by one of her children.

The court was reportedly told Webb used crystal meth daily and had been avoiding authorities in fear she would be thrown out of the country.

She was given a second chance to avoid being sent back to Britain under the Australian government’s immigration ‘test of character’, but she failed after her latest stint inside. 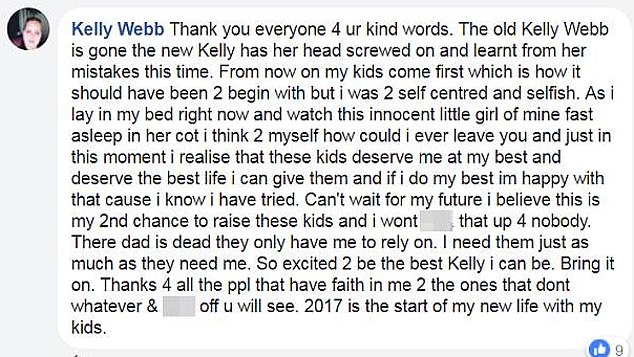 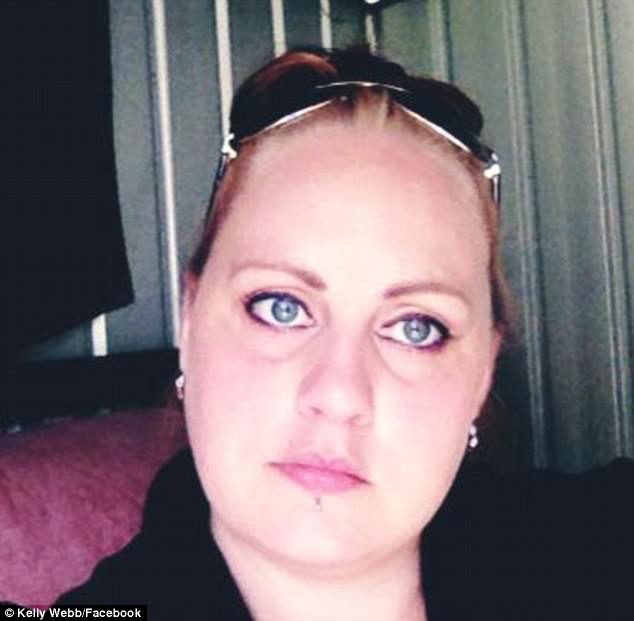 In February last year, Webb was again before the courts facing a string of theft charges, including allegedly stealing from a liquor store while her child was with her

Home Affairs Minister Peter Dutton was said to have cancelled her Australian visa last May following her latest conviction.

Webb’s five young children, who are all understood to be in the care of family members, now face the prospect of growing up with their mother.

Online petitions were set up after she was jailed in 2016 to beg for her to allowed to stay with her children.

The father of three of the children died in October 2015 in a motorbike accident and they now live with their paternal grandmother in Geelong.

One of her sons reportedly lives with his father in Perth and Webb’s youngest child is being cared for by her mother.

2021 Ford Bronco Is Finally Coming, with Debut Set for July

digestng - June 4, 2020
0
The Raptor Connection via Instagram Ford has announced that the new Bronco will be officially revealed in July. The 2021 Ford Bronco is targeted...

digestng - June 4, 2020
0
Federal government says it would review its ease on lockdown to reopen worship centres amidst concern that noncompliance could heighten risk of transmission. The government...