The chancellor Rishi Sunak is under pressure to launch a second wave of furlough payments as the government’s scheme is set to be cut off in June.

Industry and manufacturing think-tanks have warned that without further payments up to 35 per cent of jobs could be lost in parts of the UK, as businesses struggle to stay afloat during the nationwide lockdown.

The furlough scheme sees the government covering 80 per cent of the wages of employees stuck at home – up to a value of £2,500.

So far 140,000 businesses have taken advantage of the offer, an estimated 9million staff members, with the cost coming in at around £42billion for the first three months, according to the Office for Budgetary Responsibility.

Boris Johnson is due to set out plans for bringing the UK out of lockdown today, with other European nations including Spain and France warning restrictions could last as late as July. 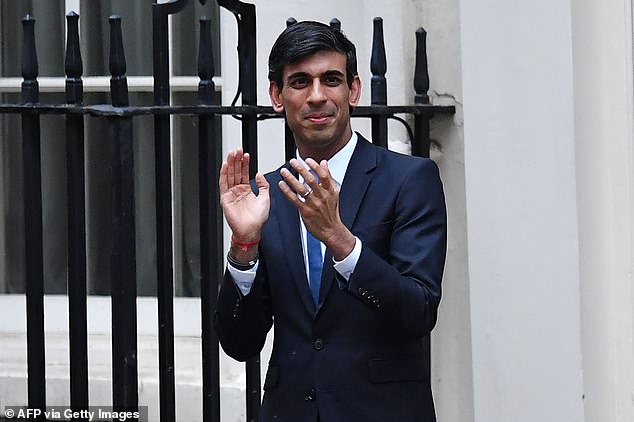 Chancellor Rishi Sunak has been called on to extend furlough scheme. The CIPD said he should continue the payments until September at the earliest

Industry think-tank the Royal Society for Encouragement of arts, manufacturing and commerce warned that without further furloughs unemployment could rise to levels not seen since the 1930s.

The head of the RSA future Work Centre, Alan Lockey, warned no part of the country will be spared a ‘severe recession’ but those most dependent on hospitality and tourism will be ‘particularly badly hit’.

‘The government’s response so far has been robust,’ he said, ‘but it must avoid going back to “business as usual” – including Universal Credit, sanctions and means-testing – if it’s to avoid the devastating impact of prolonged unemployment on whole swathes of the population.’

Business association the Chartered Institute of Personnel and Development said the Chancellor should extend furlough until September to support crippled businesses.

They warned that without this change the scheme could become a ‘waiting room for unemployment and fail to protect significant numbers of the jobs it set out to save’.

‘This will provide more certainty for employers and ensure that there is no “cliff edge” exit from furlough straight to redundancy for hundreds of thousands of workers at the end of June.’ 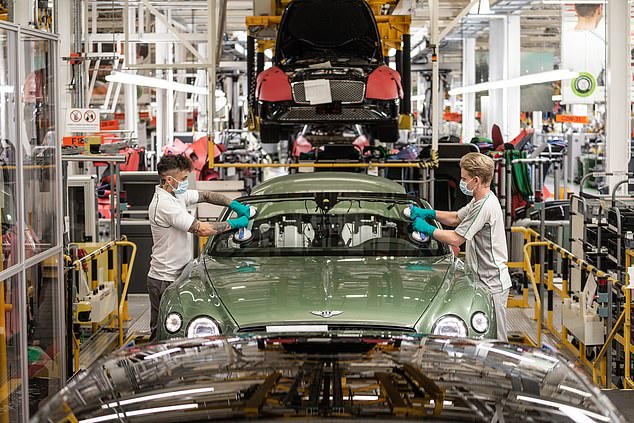 Areas most at risk from coronavirus lockdown, based on furlough data

The Manufacturers’ Organisation, Make UK, called on the UK government to extend furloughing within its sector, where four fifths of companies have seen a fall in orders.

‘The prospect that a significant number of companies will not take staff off furlough until they see orders increase, means the government will have to consider extending some form of job retention plan beyond the end of June’, they said.

Make UK’s chief executive, Stephen Phipson, said: ‘The extent of collapse in demand is such it means that the recent OBR forecast could be an underestimate unless there is a quite remarkable turnaround which, to be frank, just isn’t going to happen.

‘All the indications at the moment indicate that, even if a gradual easing of lockdowns begins soon, the impact of this shock will continue to hit companies and livelihoods for some time to come.

The chief economist at the Institute of Directors, Tej Parikh, told the Observer the government should act to avoid a cliff-edge.

‘Getting the economy running again won’t be like flicking a switch,’ he said. ‘Even if lockdown measures were completely lifted, many firms wouldn’t expect demand to lift to normal levels immediately.

‘A sharp removal of the furlough scheme at the end of June could cause significant problems for some businesses, so the government should explore how it could taper off the system in a flexible way.’ 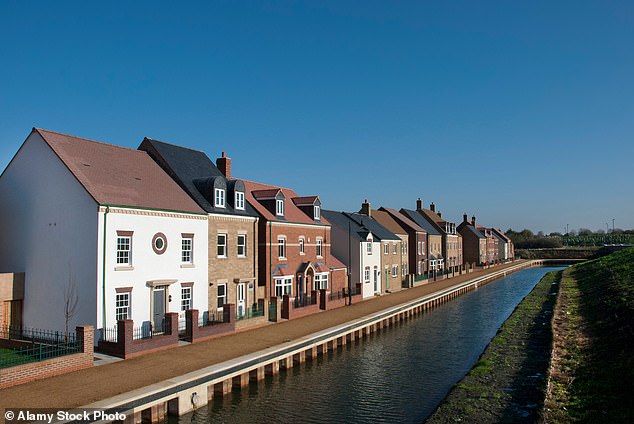 Areas of the UK with a heavy reliance on tourism and hospitality are said to be most at risk from a coronavirus downturn. Pictured above are houses along Swindon’s canal

Major companies signing up to the scheme include BA, which has furloughed 22,260 staff members, and easyJet.

Rishi Sunak said at the start of this week he was willing to consider extending the scheme to July.

‘I am determined to make sure as many people as possible return to work after this crisis,’ he said during a Parliamentary economy update on Monday.

‘I want to make sure that as we emerge from this crisis, we can bounce back to the lives we once knew.’

Boris Johnson is set to announce an exit strategy out of the lockdown later today. 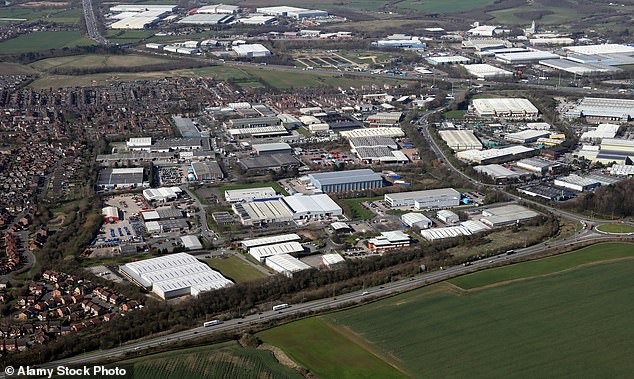 Manufacturers are also at risk from coronavirus. Pictured above is the Normanton Industrial Estate in Yorkshire

France extended its lockdown measures until July 24 on May 2. Health Minister Olivier Veran announced the further extension to the lockdown, which began on March 24, warning his country was ‘going to have to live with the virus for a while’.

Spain allowed people out of their homes for the first time in more than a month yesterday.

Pedro Sanchez’s government has announced a tiered lockdown lifting system, that will see regions progress through gradual easing measures every two weeks if the virus doesn’t again begin to spread through the population.

Father, 40, makes plea for children to attend his autistic daughter’s...