Developer ordered workmen to chop down a 176-year-old giant redwood – despite NOT owning the land it stood on, judge rules

By Rod Ardehali For Mailonline 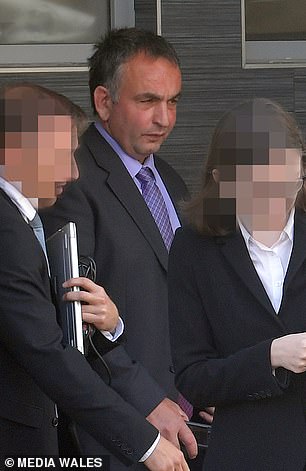 Fiorenzo Sauro, the director of Enzo Homes, ordered the 176-year-old tree described as ‘irreplaceable’ to be cut down despite its protected status

A property developer ordered one of Britain’s oldest giant redwood trees to be felled in a deliberate breach of a protection order, a court has ruled.

Fiorenzo Sauro, the director of Enzo Homes, ordered the 176-year-old tree bordering on land he wanted to develop a housing estate on to be cut down despite its protected status.

Sauro, 49, who told a Swansea magistrates’ court district judge that the felling of 72 protected trees last year had been an accident, was found guilty on Thursday of ordering their destruction.

‘He was not a convincing witness at all,’ the judge said. ‘Much of what he said I did not believe.’

The giant redwood was planted in 1842 by John Dillwyn Llewelyn, a keen botanist and pioneer of photography, on the Penllergare Estate in Swansea.

It grew to 90ft in height with a 16ft in circumference and stood in a forest bordering 14 acres of land sold by the city council for development.

Tree consultant Jeremy Barrell said the tree ‘was likely to be one of the earliest introductions’ of giant redwoods in Britain, The Times reported. 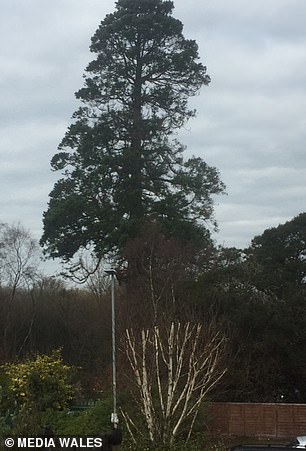 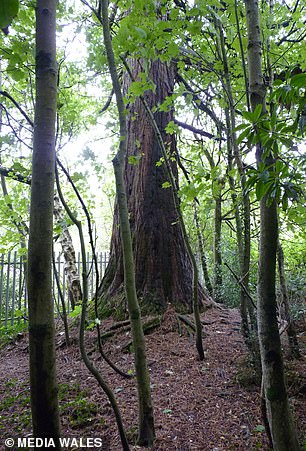 The giant redwood was planted in 1842 by John Dillwyn Llewelyn, a keen botanist and pioneer of photography, on the Penllergare Estate in Swansea. It grew to 90ft in height with a 16ft in circumference and stood in a forest bordering 14 acres of land sold for development 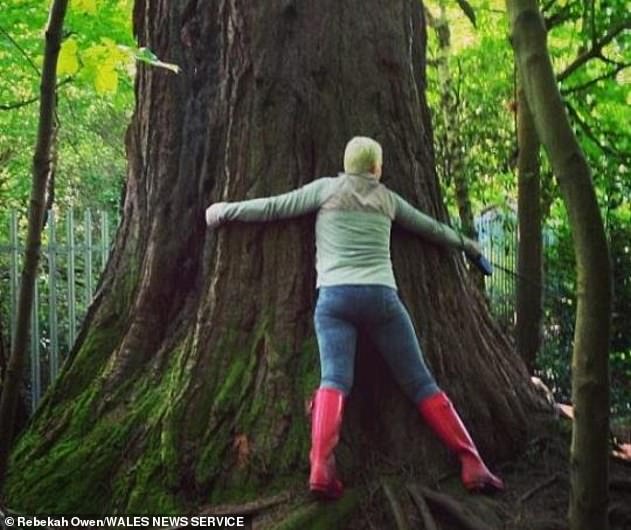 District Judge Thomas said that Sauro told site manager Carl Anderson and tree surgeon Arwyn Morgan to fell the trees even though they were protected by a preservation order and not on the land that he owned.

‘It is inconceivable on this evidence that the felling of this tree and the ancient woodland was done in any other way than deliberately,’ the judge said.

‘Mr Anderson clearly was aware of what was going on and I am satisfied he authorised Mr Morgan to take down these trees.

‘However, Mr Anderson is the site manager employed by the company and in my view, in making these flagrant breaches of the planning conditions and the tree protection order, he could not possibly have the authority to do so.’

Morgan, 50, admitted breaking a preservation order by cutting down the giant redwood.

Enzo Homes and Sauro were found guilty of contravening a tree preservation order and will both be sentenced on Tuesday.

They are applying to the High Court for the judgment to be reviewed. 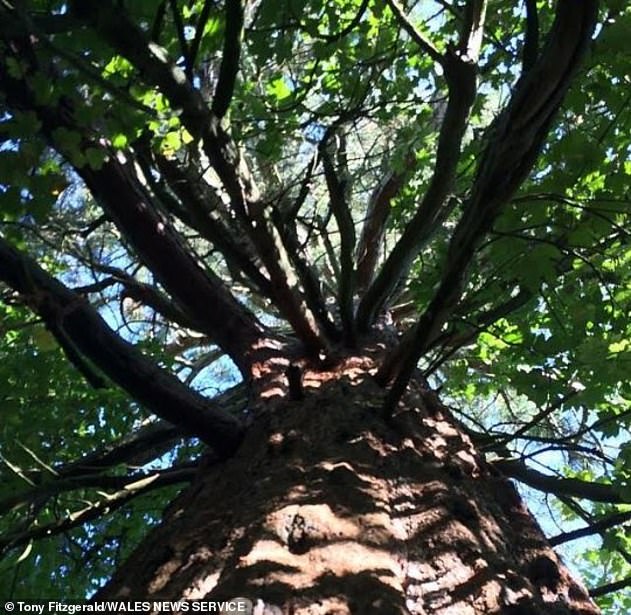 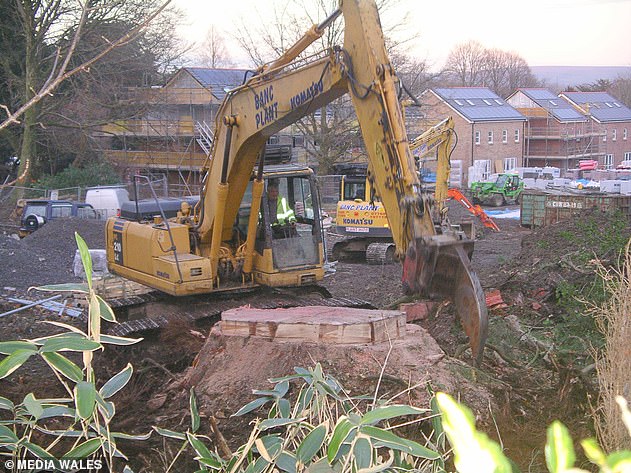 The Giant Redwood: Colossus of trees that can stand at up to 275ft tall, 25ft wide and live for nearly 3,000 years

Redwoods are the largest and tallest trees in the world.

There are three types of tree that can be known by the term Redwood.

The Giant Redwood, or Wellingtonia (Sequoiadendron giganteum) can live for more than 3,000 years and was discovered in the 1850’s in Sierra Nevada.

The Coast Redwood, (Sequoia sempervirens) grow the tallest, and were discovered in coastal California.

The Dawn Redwood, or Metasequoia glyptostroboides) was discovered in China, in the 1940s. 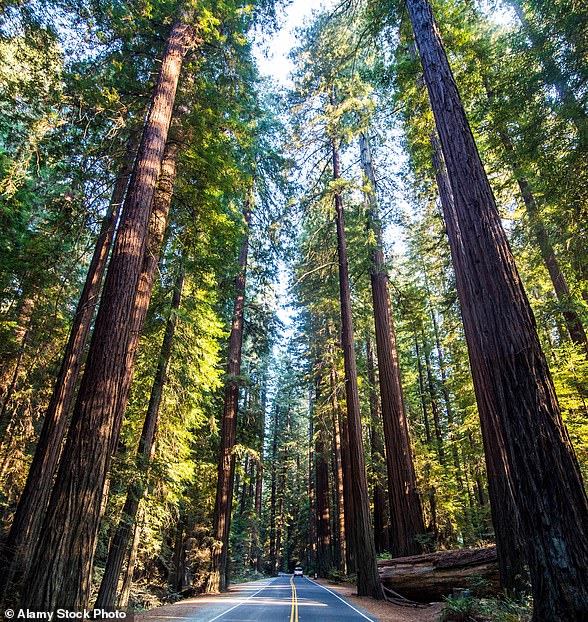 The road leading through the Avenue of the Giants, giant Redwood trees, Northern California

As its name suggests, giant or coastal redwoods thrive in the moist, humid climate of the Northern California coast.

Marine fog adds moisture to the soil and helps trap it there by lowering the rate of evaporation.

Hundreds of Redwood specimens exist across the UK, planted in the ground of stately homes or botanic gardens.

All of these trees were planted in the same decade, in 1850’s Victorian Britain.

The first European scientists discovered them in 1852.

Plant hunter William Lobb, from Cornwall, had been informed about vast trees growing in the foothills of California’s Sierra Nevada range.

He understood the potential market for such large and magnificent trees among enthusiasts in England, and decided to collect seeds and specimens while in the US.

On his return, there was a huge demand for them, and saplings were planted all over the UK.

Cat dubbed the ‘Beast of Billionaire’s Row’ may be EATING tycoons’ pets to survive, neighbour claims