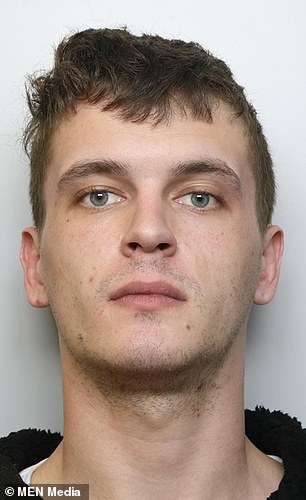 Jordan Howlett, 24, was convicted of manslaughter and jailed for 10 years and eight months over the death of Kate Jaworski-Green, 33

A toddler asked ‘is mummy coming home?’ after her mother was killed by a suicidal drug-driver who was determined to crash his BMW after a night drinking and smoking crack cocaine.

Jordan Howlett, 24, had smoked a large amount of crack cocaine and been drinking spirits at a party in Leeds in the early hours of January 27 last year.

He became aggressive and depressed and got into his BMW after telling friends he wanted to end his life.

Howlett drove for 20 miles, despite one of his tyres coming off and sparks flying, and had made a phone call saying he had crashed twice already and wanted to do it ‘properly’.

As he admitted manslaughter at Leeds Crown Court yesterday, the victim’s father said his granddaughter Lydia keeps asking when her mother is coming home.

Mrs Jaworski-Green, described by her family as bubbly and sociable, died in hospital after her heartbroken family had to take the decision to turn off her life-support machine.

Howlett was sentenced to 10 years and eight months in prison, half of which he must serve in custody.

Richard Wright QC, prosecuting, said the defendant had denied a previous charge of murder and that the alternative charge had been accepted by the victim’s family.

Mr Wright said Howlett had taken large amounts of crack cocaine in the hours leading up to the fatal crash on Denby Dale Road at around 6am on January 27 2018. 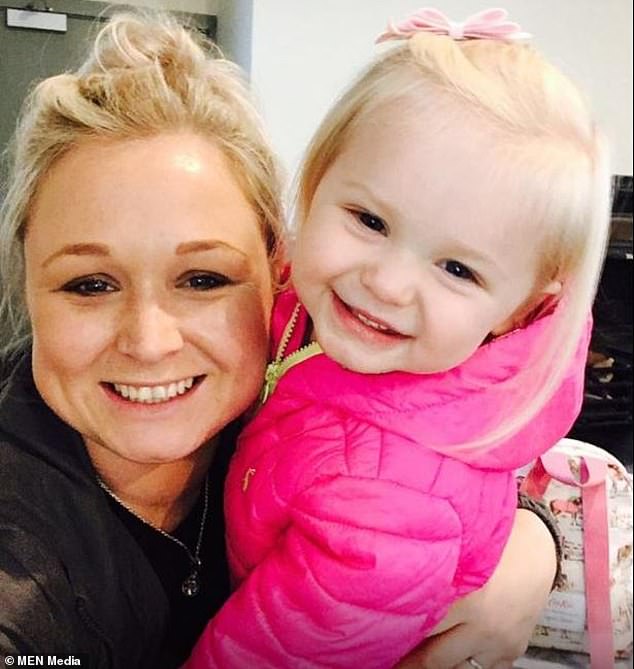 As he admitted manslaughter at Leeds Crown Court yesterday, the victim’s father said his granddaughter Lydia (pictured with her mother Kate) keeps asking when her mother is coming home

He had been funding his habit by dealing drug and had consumed a bottle of spirits, but after he ran out of crack he became more aggressive and had talked about ending his life.

While driving the BMW a tyre came off and sparks were flying but he continued for a total of 20 miles.

During the drive he told a friend on the phone that he had already crashed twice and wanted to kill himself and that he intended to ‘crash properly’.

Mr Wright told the court: ‘Kate would not have had any idea, in the dark, that a car was in her lane, not until the moment of impact.’

After the crash Howlett showed no concern for the other driver but instead made attempts to get rid of drugs in the car and his phone.

Mrs Jaworski-Green, of Scissett, was cut free by firefighters but her injuries were not survivable.

Her father Paul paid an emotional tribute in a victim impact statement which he bravely read out to a packed courtroom. 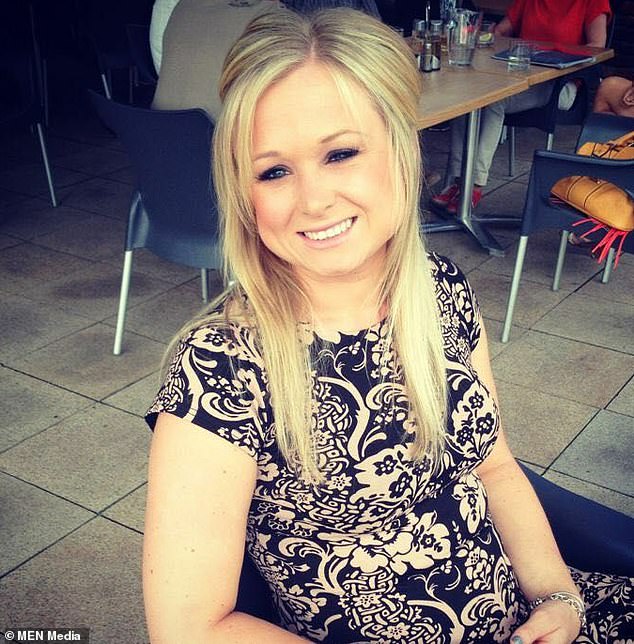 Mrs Jaworski-Green, described by her family as bubbly and sociable, died in hospital after her heartbroken family had to take the decision to turn off her life-support machine

Mr Jaworski said his granddaughter Lydia, who was two at the time, continued to ask when her mummy was coming home.

‘The loss of Lydia’s mummy is heartbreaking. We can see her thinking ‘how come my mummy has left me?’

‘Lydia said that when mummy has her car fixed she can come home. It appears that Lydia thinks that one day mummy will come home.’

Mr Jaworski said he still felt guilt at having to take the decision to allow his daughter’s life-support machine to be turned off, despite feeling that they hadn’t properly said goodbye.

He added that his daughter’s husband, Chris, still hadn’t come to terms with his loss.

‘October 4 would have been their sixth wedding anniversary. We are all truly living a life sentence.’

He said the death of his daughter was the ‘cruellest thing that can happen in life.’

Mr Justice Butcher said Howlett, of Normanton, had taken the life of a complete stranger by his ‘entirely selfish, inhumane and irresponsible actions’.

The judge described Mrs Jaworski-Green as an intelligent, ambitious and bubbly woman who felt intense joy in being a mother.

He added: ‘This is a terrible case of wasted life. You deliberately drove your car into a headlong collision with that of a complete stranger to you. 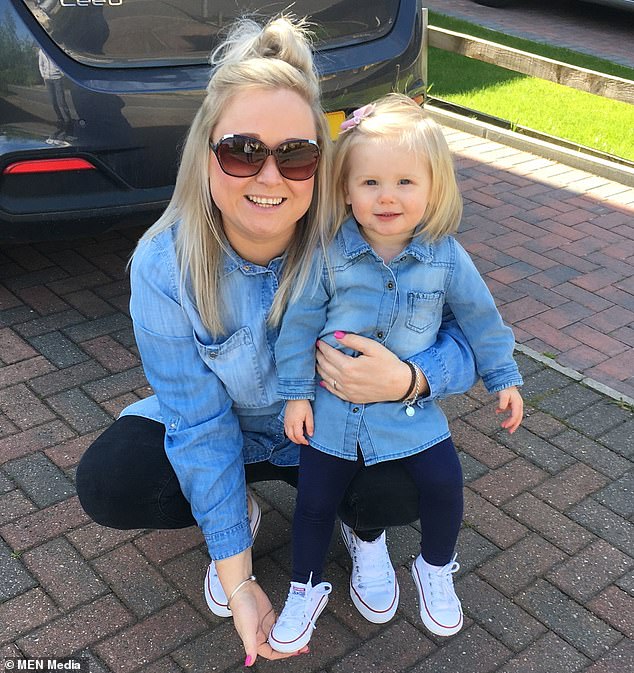 Little Lydia is pictured with her mother Kate Jaworski-Green, who was killed driving to work on January 27 2018

‘You were intending to kill yourself. You killed her. She was innocently driving her Kia when you drove straight into her.

‘She sustained appalling injuries and tragically died on January 29.’

Howlett, who supported himself in the dock with crutches, suffered serious injuries in the crash.

The judge also disqualified him from driving for four years. Howlett will also be required to sit an extended driving test before he can regain a driving licence.

Det Insp Paul Conroy, of the Major Collision and Enquiry Team, said: ‘This has been an absolutely dreadful case in which the incomprehensible actions of one man have taken the life of a much loved daughter, wife and mother.

‘Only Howlett knows what went through his mind in the early hours of that morning but the awful consequences of his behaviour are tragically clear for all to see.

‘He had taken a cocktail of drink and drugs which he must have known would render him completely unfit to be behind the wheel.

‘We also know from a phone call he made to a friend while driving that he intended to strike Kate’s car as it drew closer.

‘Kate didn’t know Jordan Howlett but it was her awful fate to have been the stranger whose car he decided at random to crash into.

‘In that act of inexplicable madness he took away an ambitious, intelligent, 33-year-old mother of a two-year-old daughter who we know loved life and her family.

‘They have spoken very movingly of their love for her and the joy she brought to all their lives.

‘We can only hope seeing the case brought to a resolution at court and seeing Howlett behind bars will bring them some small measure of comfort for Kate’s family, but cannot imagine the pain they are continuing to still suffer.

‘They have told us they are living a life sentence of loss and our thoughts continue to be with them.’

Fracking is halted in the UK due to an ‘unacceptable’ risk...

Mother tried to get schizophrenic son sectioned ten days before he...