By Katie Weston For Mailonline

This is the shocking moment a mob of laughing teenagers kick a police officer and drag him across the floor after he challenged them for flouting lockdown rules in a park.

The officer was attacked while engaging with the men, and was taken to hospital with minor injuries to the wrist and head. 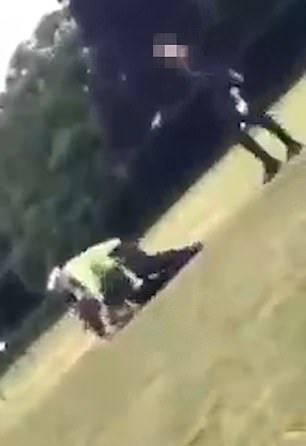 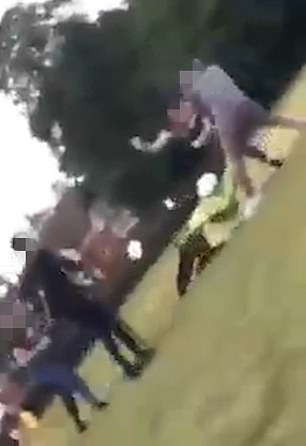 Shocking footage shows a police officer, above, being kicked and dragged across the floor after challenging a group of teenagers in West Byfleet Park for flouting lockdown rules

A group of young males were reported to be potentially contravening social distancing guidelines.

Police say three people – one adult and two juveniles – were arrested a short time later and taken into custody.

In a statement, the force said yesterday: ‘We are aware of comments on social media, and a video being circulated, regarding the assault of one of our officers this evening in West Byfleet Park.

‘We can confirm that at 7:40pm, while attending a call concerning groups of young adults suspected of breaching the Covid-19 guidelines, a single-crewed officer was attacked by a group of young men as he engaged with them.

‘Our officer has been taken to hospital with minor injuries to his wrist and head, and three individuals (one adult and two juveniles) were located and arrested a short time later and taken to custody.’

Teenage girls who captured the video can be heard laughing in the background while filming. 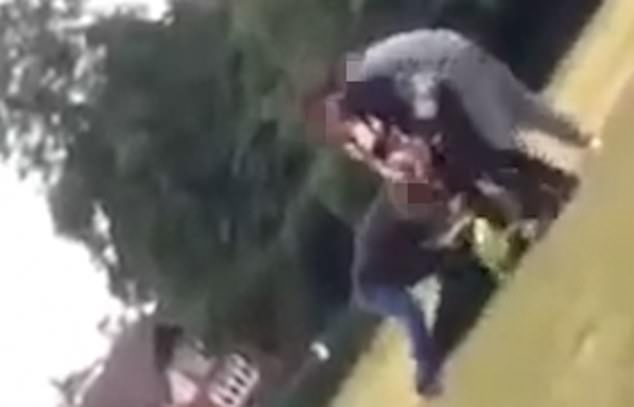 The Surrey Police officer was attacked while engaging with the young males, pictured above, and was taken to hospital with minor injuries to the wrist and head 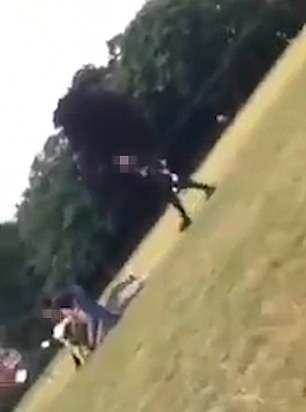 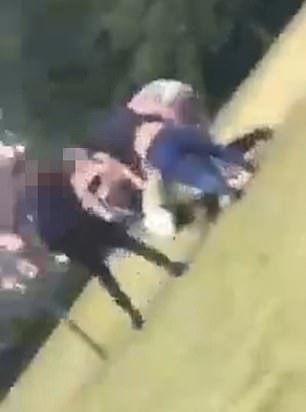 Surrey Police confirmed a ‘single-lone officer’ was ‘attacked’ (above) by a group of men. A group of teenagers were reported to be potentially contravening social distancing guidelines

One witness, Claire Brown, 48, said she spotted five police vehicles at the park at around 8pm.

She told The Sun: ‘I heard rustling in the bushes outside and officers were searching for one of the lads.

‘Then a policeman shouted at someone “stop where you are, don’t move”.

‘I saw the video on social media, it was awful.’

‘Fight breaks out’ among passengers evacuated off BA flight