By Chris Jewers For Mailonline

Police are investigating the deaths of two pensioners after their bodies were discovered at a caravan park in a leafy Shropshire town.

Emergency services were called after a 67-year-old man was found dead at Knowle Sands Caravan Park, in Bridgnorth at 4.15pm on Thursday, May 21.

He was discovered in a field at the popular site while the corpse of a second man, aged in his 70s, was found on a nearby track off the B4555 Bridgnorth to Eardington road. 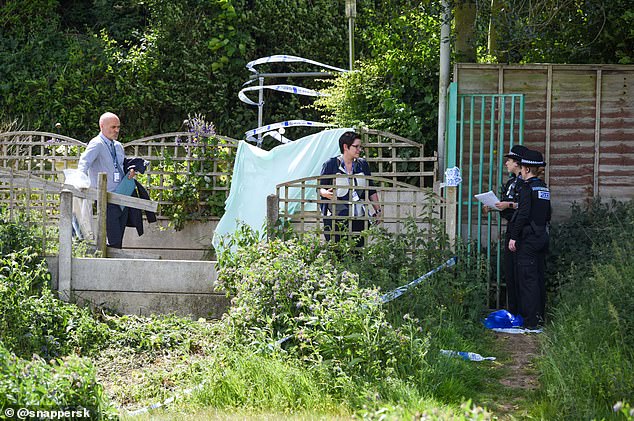 West Mercia police detectives are investigating after the bodies of two men, one aged 67 and another in his 70’s where discovered in a field and on a footpath

West Mercia Police said they believe the 67-year-old died after being assaulted and are treating the deaths as linked.

There is not believed to be any third party involvement and officers are not searching for anybody else in connection with the incident.

Detective Chief Inspector Mark Bellamy said: ‘This is clearly a very tragic incident that has seen two men lose their lives and our thoughts are with their family and friends at this difficult time.

‘We do believe the deaths are linked and at this stage are not looking for anyone else in connection with them.’ 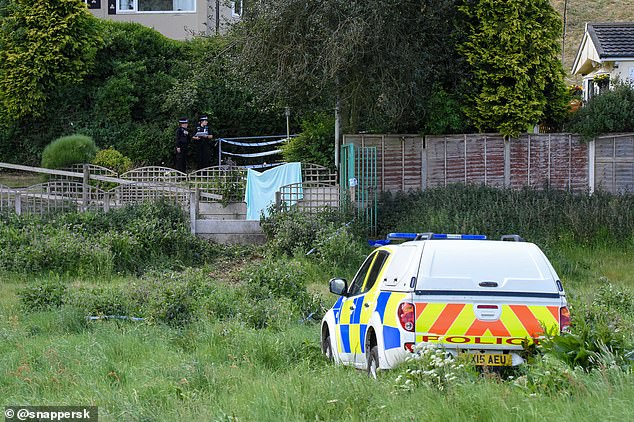 Emergency services were called after a 67-year-old man was found dead at Knowle Sands Caravan Park, in Bridgnorth, Shropshire. Another was found in a nearby field 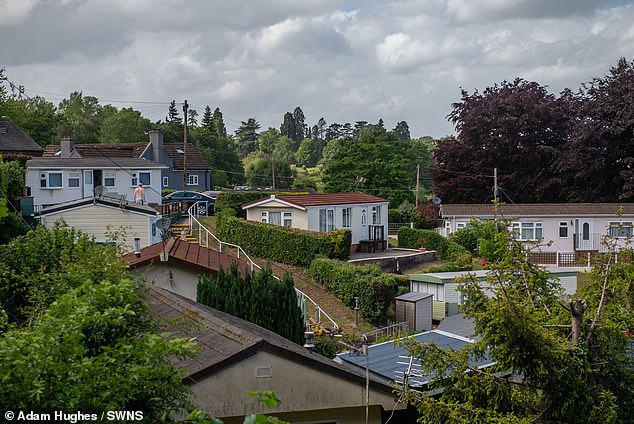 Pictured: Knowle Sands Caravan Park, in Bridgnorth, Shropshire, where two bodies have been found in what is believed to have been a murder – suicide

West Midlands Ambulance Service said they had been called to the caravan park at around 4pm to ‘reports of a man suffering a cardiac arrest’.

A spokesperson added: ‘Three ambulances and a paramedic officer had gone to the scene and up arriving found what they said was a man in cardiac arrest.

‘Sadly nothing could be done to save him and he was confirmed dead at the scene.’

Detectives were picture packing evidence into bags at the scene as police officers secured the area.

Investigators were also seen looking through a green static caravan that the Shropshire Star reported to have belonged to one of the men, and a large section of the caravan park was cordoned off.

The field in which one of the victims was discovered reportedly backs onto the caravan park, and has public footpaths running through it. 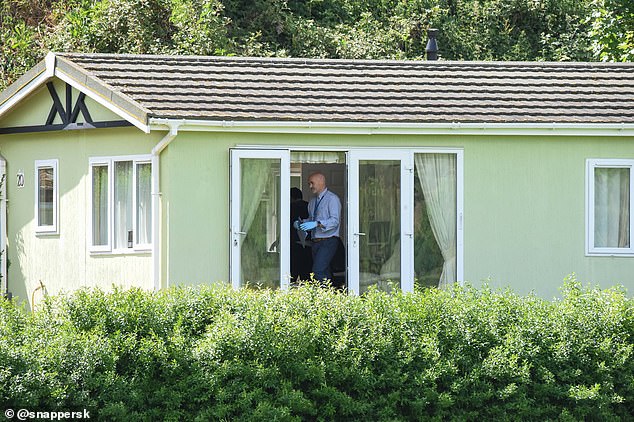 Detectives were seen inside a green stationary caravan, believed to belong to one of the men who have died

Speaking to the Star, some residents said that they have caught glimpses of the crime scene, saying they were ‘shocked’ to see something like this happen in the area.

One rambler said: ‘How very sad. We’re just passing through on a walk and this was the last thing we thought we’d see.’

Another, who told the local news outlet they wished to remain anonymous, added: ‘I saw a couple of ambulances at the park yesterday evening and then lots of police cars and detectives.

‘The police have spoken to me today and I think they’re going up and down speaking to everyone who lives around the caravan park as well as people living on the park too.’ 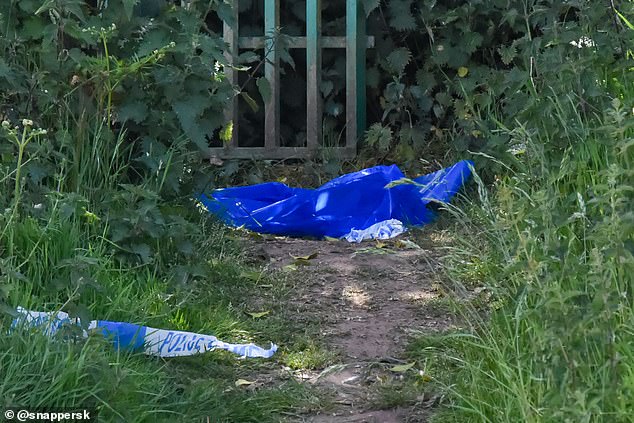 Police tape and blue plastic were pictured at the scene, as police cordoned off a large section of the area to carry out their investigations

digestng - May 29, 2020
0
At least 13 persons have been killed following an attack by bandits on some villages in Faskari local government area of Katsina state. The villages...

digestng - May 29, 2020
0
Security operatives from the police and the army have arrested and quarantined 251 illegal artisanal miners in the state, the state police commissioner, Usman...

digestng - May 29, 2020
0
German carmaker Volkswagen on Friday said that it had agreed to invest more than 2 billion euros (2.2 billion dollars) in two Chinese electric...

Married At First Sight’s Carly Bowyer reveals the one thing she...

Testing for rare diseases at birth may have spared our girl...